VIDEO: Brandon Vera breaks down his next challenger 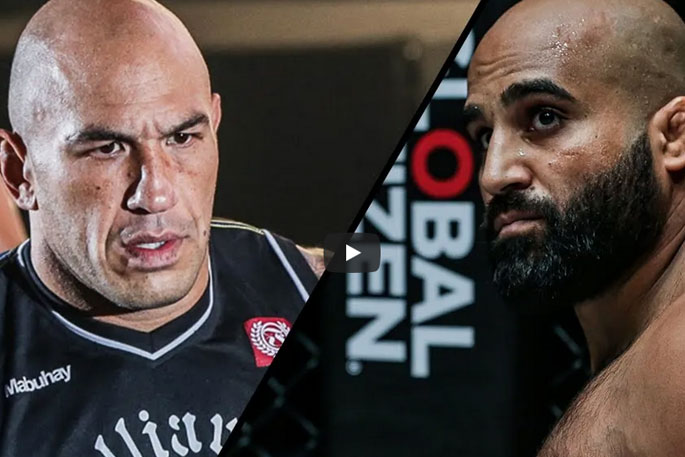 Image and Video from Onefc.com

ONE Heavyweight World Champion Brandon “The Truth” Vera knows he has a tough challenge ahead of him when he returns to the cage later this year.

Vera has already successfully defended his title twice, but Canadian-Indian wrestling icon Arjan “Singh” Bhullar is bringing a new level of threat to the heavyweight ranks.

This is something “The Truth” understands, but that also happens to be the type of challenge that excites him.

“I’m very excited to be fighting Arjan Bhullar and to defend our ONE Heavyweight World Title. I think he is probably the best candidate to come face me,” says Vera.

“This guy is the real deal. I respect this guy tremendously. His wrestling is ridiculous. He comes from a school just like where I came from – huge pedigree.”

The 33-year-old wrestler won a gold medal at the 2010 Commonwealth Games and represented Canada at the 2012 Summer Olympic Games, reports ONE Championship.

In 2014, he transitioned his phenomenal grappling skills to mixed martial arts, where he has since compiled a 10-1 professional record.

“This guy has amazing boxing that nobody’s talking about,” Vera says. “This guy’s boxing is ridiculous. His head movement is crisp. He’s fast, and he likes to stay in the pocket.”

While Vera is not taking the challenger lightly, he also does not expect the bout to be left in the judges hands.

“We’re [going to be] in a championship fight,” he says. “It needs to be decided between us, not the three people watching.”