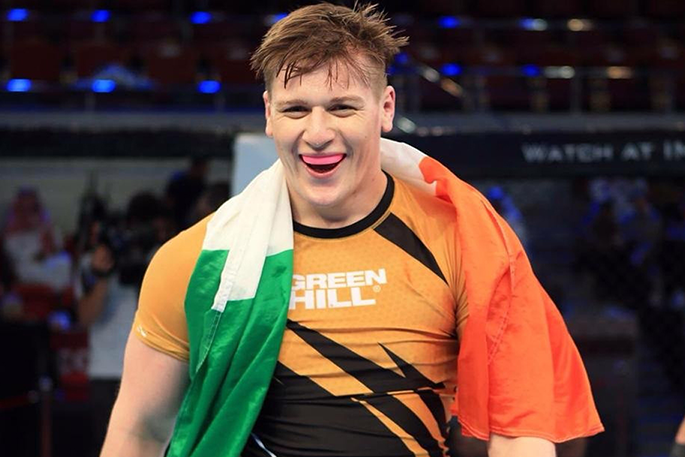 As a standout heavyweight prospect on the international amateur MMA scene, Spillane represented the Republic of Ireland national team under the Irish MMA Association.

“Delighted to finally announce I’ve signed a 4 fight developmental contract with one of the biggest organisations in the world Bellator MMA," Spillane says in a post on social media.

"A huge thankyou to John Kavanagh for everything and to Liam Og let’s take over."

At age 18, Spillane made his international amateur debut at the inaugural IMMAF European Open in 2015, entering deep waters with clashes against the era’s biggest hitters such as Sweden’s Irman Smajic and Bulgaria’s Daniel Galabarov.

Inspiringly, Spillane’s determination saw the babyface newcomer grow to become the leader of the heavyweight division.

His coming of age performance was at the 2018 European Open Championships in Bucharest where he won his first gold medal.

Emerging as a submission specialist, Spillane advanced to the 2018 World Championships and stormed his way to earning the world title.

The Irishman’s 2018 streak under the IMMAF banner featured five back-to-back stoppage wins, four within the opening round.

Spillane capped off his amateur MMA tenure in March of this year upon heading to Gold Coast, Australia, where he snatched the 2019 Oceania Open title with a 30-second demolition job that handed a first loss to Aussie standout Dane Alchin.

Spillane’s progression has seen him clinch a highly prominent pro debut under Bellator having cashed in on the full benefits of the IMMAF amateur platform as a talent development machine and the top international proving ground for amateur mixed martial artists representing their nation.