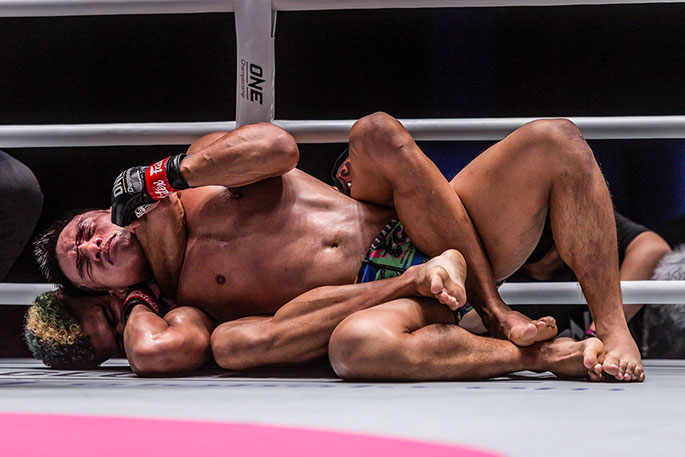 Image and video: ONE Championship.

In his debut performance on a global stage, Fabricio “Wonder Boy” Andrade stunned New Zealand's Mark “Tyson” Fairtex Abelardo at ONE: NO SURRENDER in Bangkok, Thailand.

The Brazilian submitted Aberlardo with a rear-naked choke in the second round of their catchweight mma bout on Friday night.

Abelardo pressured “Wonder Boy” from the opening bell, but lightning-quick counterpunches prevented him from getting inside, reports ONE Championship.

Andrade was able to pepper the Filipino-Kiwi with precision strikes and looked incredibly sharp throughout round one.

It was when Abelardo attempted a takedown that Andrade slipped onto the Filipino-Kiwi's back and got his arm under Abelardo's chin, locking in the choke hold.

Abelardo tried to defend, but succumbed to the submission hold.

The referee stopped the match at 1:11 of round two.