Shiva Mishra: itching for a fight 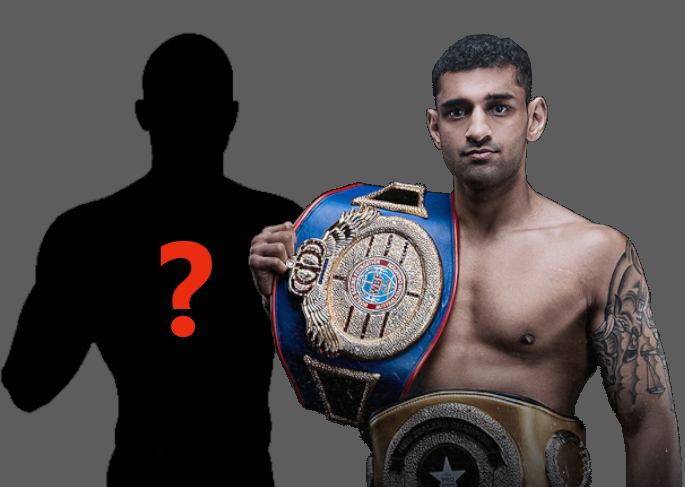 Wellington-based boxer Shiva Mishra is training hard for a fight on October 31, despite multiple opponent changes during the build-up.

Originally Mishra (5-3) thought he was fighting Christchurch-based Nort Beauchamp (18-2) for a Royal Boxing Organization (RBO) world title; however, Beauchamp has booked a fight against Richie Hadlow (1-0) in November instead.

Shiva hasn't let the lack of an opponent slow him down, though, and is training as hard as ever for a fight on October 31 at Roar Fight Night 4 at the Lower Hutt Event Centre.

Fight News' Harry Greenfield caught up with Shiva during his fight camp.

Hi Shiva. You're in training camp at full speed. Is that more difficult without a specific opponent to prepare for?

"Yeah, I just found out this week that the opponent that I had locked in had said no to the fight.

"My manager has said that I will definitely be having a fight, so I'm kinda switched off to who the opponent is, I'm just going through camp thinking that I'm definitely gonna be fighting.

What happened to your fight with Nort Beauchamp?

"Originally, my manager had been trying to get him in. I believe he had signed the contract [to fight for the RBO world title]. That was almost fully confirmed, with my manager signing off the deal to get the world title shot happening over here. But then he fell out."

Is Nort an opponent who has been on your radar?
"Yeah, he's definitely on the radar. He's the highest-ranked New Zealand opponent that I can face within one weight category up or down."

Who else is a potential opponent?
"Then we had another fighter [redacted]. He and his manager had said yes, that they were good to go.

"But then, I've been told, the head coach [redacted], said that he wasn't ready for that fight. So, he was the one that I've been locked in for for the last couple of weeks, thinking that he's the guy.

"I just found out this week that he's a no-go."

Can you tell me a bit about how the Covid-19 situation has affected your training?

"The gym is full go at the moment. We've only got a few fighters that are fighting internationally, mainly over in Australia.

"The lockdown was a good period to give the body a rest, because I had a big year last year, with five fights, pretty much all in Australia. They were all big camps.

"The lockdown was quite relaxing; I was able to re-focus and get ready to train for some big fights at the end of this year. Kinda just preparing for everything to get back on track."

Your food regimen looks as disciplined as your training regimen. Is that something you learned yourself?

"Nah, definitely not. I've got a real good guy, Josh West, who runs his business called Ares Performance Nutrition. He was the guy who got me to 61kg when I went to Australia to fight in Brisbane.

"That was the first time I'd got that low and it was the easiest weight cut I've ever done in my life. I don't really know anything about the science behind it and how to do it properly. This guy, he showed me, he gave me the plan.

"I just trusted him 100% and yeah, it worked a breeze. I was like 'so this is how the professionals do it'."

Have you still got your eye on the Pan-Pacific belt you were supposed to fight Youssef Dib for this year?

"Yeah, definitely. I think that will be the next stage up; trying to get some sort of Asia-Pacific title. That's probably the next step up for me.

Are you fighting for a belt on October 31?
"Yep, it will be for a belt. With the change of opponents, the belt that I'm able to fight for has been changing as well.

"Obviously I can't get a world title, because that was only gonna happen against Nort Beauchamp or Cairo George.

"It might just be for the Pro-Box 61kg New Zealand title. The first Pro-Box title I won was super-lightweight [63.5kg] so if I won this one that would make me the two division champ."

You've previously told me that Mike Tyson and Roy Jones Jr are two of your favourite fighters. How do you feel about the news that they are booked to fight?

"I'm looking forward to watching them fight. It's not like they're going up against a young blood who's in his prime. They're both old legends.

Have you got a prediction for the fight?
"Well, looking at Mike Tyson's training videos, he looks like that same beast that he was 20 years ago, so I'm thinking he might be a bit too big for Roy Jones."

You've been doing some of the Wim Hof breathing method. How did you hear about that?

"Jason Suttie, the ETK coach up in Auckland, did a Wim Hof seminar here at the Lion Pit. I jumped on to give it a go. I did it and I've done it every day since."

What difference has it made for you?
"Personally I feel like it gives my mind a lot of clarity. I can just focus on what I need to focus on. It's like a meditation but at the same time, I feel quite high when I do it.

"I feel relaxed and I come out of it refreshed. The time when I do it is when I used to take my morning nap after training before going to work. So I've replaced that nap time with my Wim Hof breathing and I feel more recharged and ready to carry out the day than I was having a bit of sleep."

You work at 9 Round Wellington. How much of your technique are you able to pass on to your students?
"The way it works is, I go in there, teaching the stuff that I'm learning. You get two types of people: people who are interested in technique and people who just want to do cardio.

"For me, either way, re-teaching it just cements it better in my own brain. So it's beneficial for me too. I'm talking about it and playing through it in my head. It just works, win-win."

What does the next year look like for Shiva Mishra?

"It would be good to branch out further than Australia, but if not, maybe like a top three or top five Australian opponent would be awesome.

"I know that Dib boy is ranked third in the super-lightweight. If I don't get an opportunity like that I'd like to try to make super-featherweight (59kg) and just test the waters to see how I feel."

Thanks for the interview Shiva. All the best for October 31