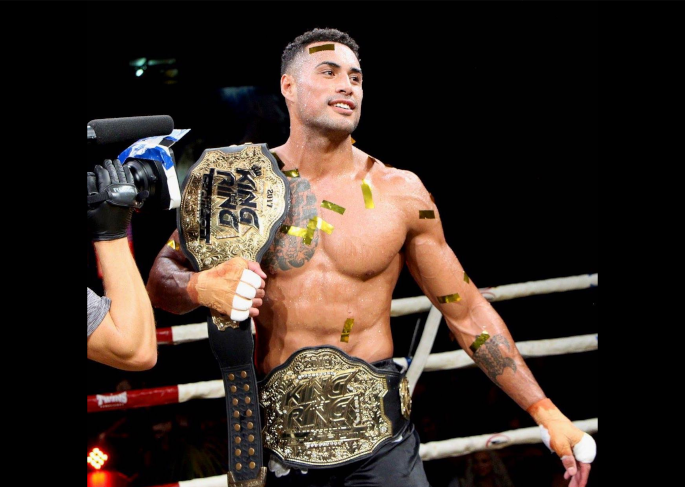 New Zealand's Carlos Ulberg (4-0 MMA) is in Las Vegas to fight on season four of Dana White's Contender Series (DWCS) this Thursday, November 5. If he wins in spectacular fashion, it is likely that he will earn a spot on the UFC roster.

Ulberg is in Vegas with City Kickboxing team-mates Israel Adesanya and Brad Riddell in his corner, with coach Eugene Bareman remaining in New Zealand.

He will face Brazilian Bruno Oliviera at light heavyweight. Oliviera (8-1 MMA) is the same height as Ulberg at 6'4", with a swathe of knockout and submission wins on his record.

Ulberg is no stranger to danger, though, being a two-division King in the Ring kickboxing champion (92kg and 100kg). While Oliviera is listed as a middleweight (83.9kg), the fight is listed on espn.com as taking place at light heavyweight (93kg).

Ulberg has been training at City Kickboxing alongside their UFC roster since around 2017-2018, developing his skill-set beyond that of a striker. He is described by CKB's Mike Angove (in an interview with Combat TV) as being "A tremendous athlete, a prime physical specimen... I've compared him a little bit to Francis Ngannou before; heavy-handed, still a little bit raw... kicks incredibly hard, punches hard, just so much going for him as an athlete."

Dana White's Contender Series has taken centre stage as the feeder league for up-and-coming UFC fighters. Many fighters have won their contract on DWCS to fight in the UFC proper mere weeks later.
Let's hope that Ulberg makes a statement with a victory over Oliviera on Thursday and we can see him compete against the UFC light heavyweight division.

DWCS season four, episode 8 airs on UFC Fight Pass on Thursday, November 5 at 2pm. Make sure you tune in to watch Carlos Ulberg represent New Zealand with Israel Adesanya and Brad Riddell in his corner.

The rest of the card is given below: