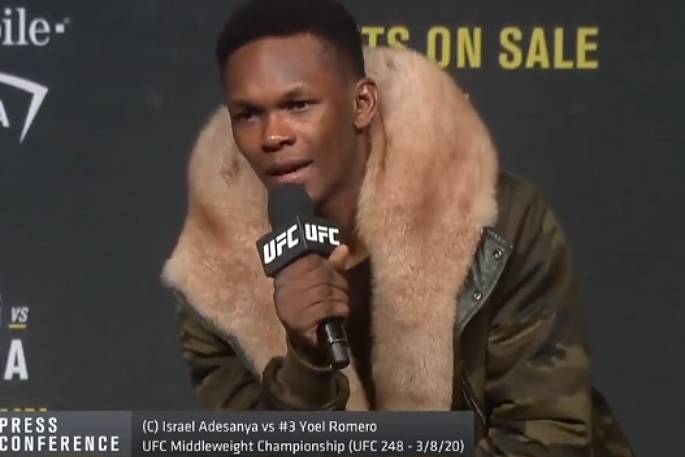 They were scheduled to arrive back in New Zealand on Monday 9 November, but the recently introduced managed isolation voucher system meant they couldn’t secure a place in Quarantine until December 15th.

The tickets were booked in late September before the new system was introduced while the Kiwi UFC team, including management, were overseas for Adesanya’s middleweight title defense against Paulo Costa.

They arrived back in New Zealand and quarantined until mid-October, missing most of the awareness campaign the Government began in late September. Unfortunately, the athletes received no direct notification from the airline or the Ministry of Business, Innovation and Employment that they required a travel voucher to return.

The management team became aware of the requirement after they left and the earliest they were able to secure vouchers was December 15. As a consequence, Mr Adesanya will not be able to join in Junior Fa’s training camp for the Joseph Parker fight nor take part in several scheduled charity appearances.

Mr Riddell’s partner is in the final stages of pregnancy and there is some concern he may not make the birth of his first child. Mr Ulberg is facing the loss of his employment, and must now extend his visa to avoid becoming an illegal alien in the United States when his VISA expires on November 18.

All three athletes now have to move out of the secure UFC Managed Isolation facility and into public accommodation. All precautions are being taken to make alternative arrangements and keep them safe in the United States where COVID-19 is rife.

City Kickboxing head trainer, Eugene Bareman, whilst supporting the need for strict border controls feels the situation could have been better managed:

“There are people in far worse situations than ourselves and we really feel those with dying or sick relatives or children, people who’ve lost jobs or homes who are now facing even greater stress due to the lack of capacity in Quarantine.”

“Clearly there’s been an oversight if people like us who booked while overseas, prior the system being introduced, weren’t informed by either the airlines or immigration as soon as the system went live.”

“Given the Government is effectively using airlines to screen people for vouchers before allowing them to board a plane for NZ, it difficult to understand why the airlines weren’t also compelled to contact people with pre-existing bookings scheduled to arrive after November 3rd.”

“The lack of capacity is also concerning, an influx of people returning home at Christmas is entirely predictable, and you have to question why more focus wasn’t put on increasing that capacity.”

“I want to be clear that we support the Government’s efforts to keep New Zealand COVID 19 free; however, it seems there were gaps in communications and capacity planning which will see many New Zealand Citizens unable to return and undergoing more anguish in what has already been a difficult year.”

“The team is not asking for special treatment, they simply want to draw attention to the plight of many kiwi citizens in more difficult situations than they are in, and we don’t currently believe is being voiced.”

A press conference has been scheduled for later this morning at City Kickboxing in Auckland, where Eugene Bareman will be available for comment.