Melody Downs: “Adversity is the fire through which greatness is forged” 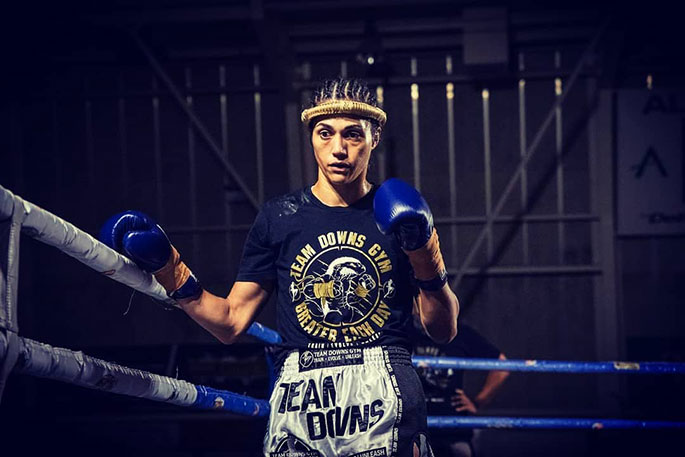 The Queens of Muay Thai New Zealand champion is reaching out to those who are struggling and feeling like they have nothing left.

Melody Downs has take to social media sharing a personal account of the ups and downs she has faced this year.

Downs was recently crowned the Queens of Muay Thai New Zealand champion after defeating three opponents in one night at Vendetta is Timaru.

"What do you when you’re struggling? When you’re at the bottom of the pits and you feel you can’t pick yourself up, or have nothing left?" she posted the week following her win.

"In the months and weeks leading into my last fight, I faced this very issue.

"A lot was going on for me. From health problems that worried myself and my family, to infections upon infections, to Dad being in hospital and a myriad of things going on in my personal life – it seemed like the universe kept throwing shit my way and I had to keep giving it the one-two uppercut.

"I’d have to say that, mentally, my last fight camp was the most challenging. I’ve gone into fights under bad conditions before, but this one really tested me and I didn’t know how I was going to pick myself up. I had two choices: either I could curl up and quit (which I was very close to doing), or I could face it head on. I chose the latter."

She says every day, every training, and right throughout fight night, she forced every fibre of her being to come to the party.

Downs says tt was one of the hardest things she had to do, but she's also glad she did it.

"I came out the other side having learned so much, and I know I’m now a stronger fighter and human being because of it.

"Sometimes the only way to overcome something is to just go through it, because there’s always a lesson to be learned. No matter what your struggle, or what your fight is, you CAN come out the other side and be victorious.

"Be strong! Learn the lesson! You CAN do this! Adversity is the fire through which greatness is forged."