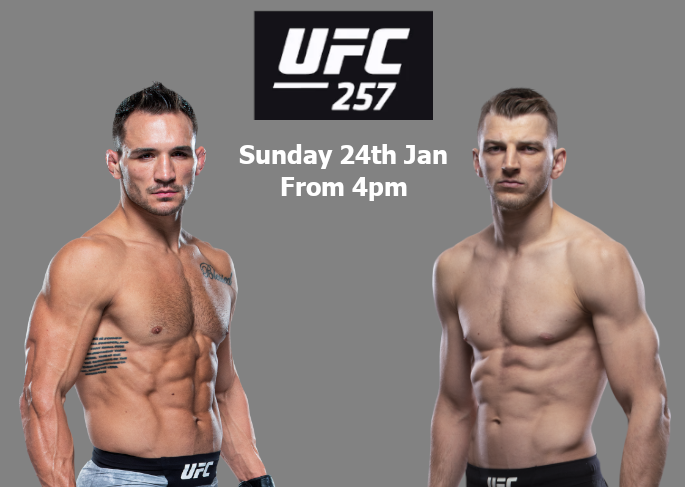 This Sunday, January 24 at UFC 257, Dan “the Hangman” Hooker will face former Bellator Lightweight Champion Michael Chandler in the co-main event of a Conor McGregor pay-per-view.

Chandler (21-5) fought 23 times in Bellator, winning the 155lb title in 2011 with a submission of Eddie Alvarez. Since then, Chandler lost and regained the title several times, ending his Bellator run with a KO of former UFC lightweight champion Benson Henderson in August 2020.

Chandler has high hopes to become the UFC lightweight champion, believing himself the best 155lb fighter in the world. He is a strong wrestle-boxer with knockout power and an aggressive style.

Welcoming him to the UFC on Sunday is New Zealand’s Dan Hooker (20-9) whose gritty style Chandler has acknowledged as one of his toughest matchups.

Hooker stands 6’ tall to Chandler’s 5’8”, possessing a 3.5” reach advantage and a 5” leg reach advantage. He has fought 15 times in the UFC, winning 10 of them, with eight of those wins coming by stoppage.

In most of his fights, Hooker favours his striking, being a former King in the Ring kickboxing champion. However, with two UFC wins by guillotine choke submission, Hooker is very comfortable on the mat.

The one advantage Chandler has over Hooker is his wrestling acumen. Chandler was an NCAA division 1 All-American wrestler, and a four-time NCAA qualifier, as well as being the captain of the wrestling team for three years at the University of Missouri.

Hooker has fought men with wrestling experience before, but none with the level of accolades that Chandler has in the sport. When Hooker fought Al Iaquinta in 2019, he was able to stop his takedown attempts and piece him up to take a dominant decision victory.

If Hooker can keep the fight standing, it seems likely to be a long night for Michael Chandler. Hooker’s striking prowess, reach advantage, and general toughness make it hard to imagine Chandler beating him in a stand-up fight.

If Chandler can take Hooker down and keep him down, however, it seems likely to result in a boring decision victory for the American.

The bookmakers have Hooker as a slight favourite heading into the weekend’s contest. TAB has Hooker paying $1.73 to Chandler’s $2.02 at the time of writing this article.

The winner of this contest will launch themselves into the title picture, with the retirement of divisional king Khabib Nurmagomedov leaving the lightweight crown up for grabs in the near future.