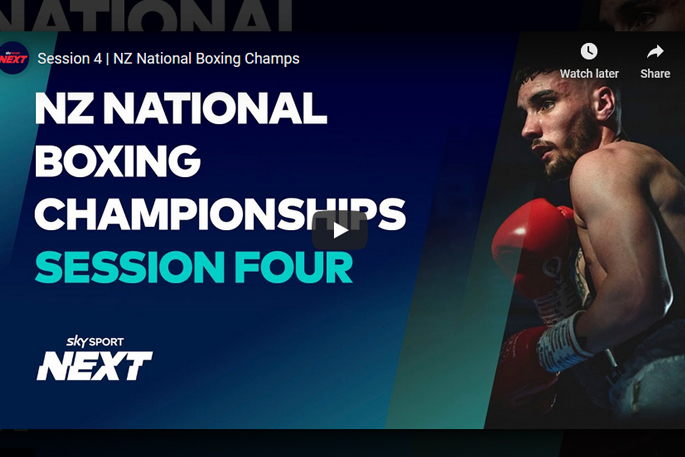 The first two days of the re-scheduled Boxing New Zealand Championships has seen a number of hard-fought bouts.

Nine bouts opened the championships in Porirua on Wednesday.

The last bout of the night had an early finish with Ali Asmatullah from the host association stopping Dan William-Morris in the opening stanza, in a preliminary Middleweight contest.

Day two featured a number of senior quarterfinals and semi-finals with the participants desperate to advance.

Auckland’s Wendall Stanley was too good for Ali Ismatullah (Wellington/Hutt Valley) in earning a unanimous decision. Tawhirimatea Toheriri (Shamrock) was taken a full three rounds of action by Connor Coppard, before getting the judges nod by way of split decision.

Day three's action will get underway at 1pm today. Watch the fights live above.