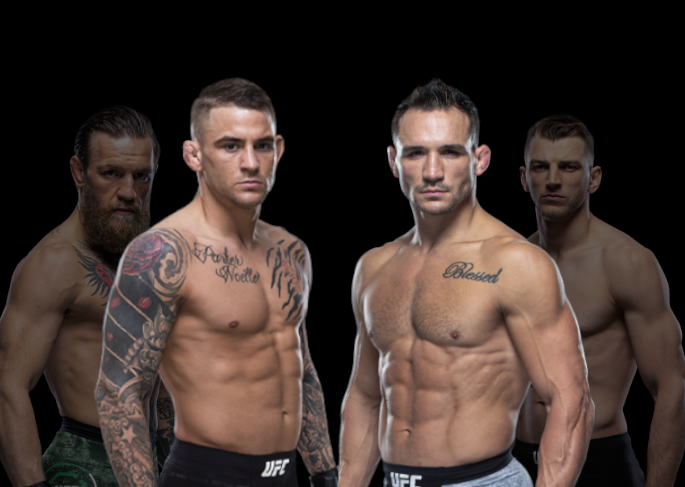 UFC 257 took place yesterday; Sunday the 24th of January, and culminated in a pair of shock knockouts in the lightweight division.

Dustin Poirier and Michael Chandler were both the underdogs in their fights but upset the oddsmakers by knocking out their opponents.

In the co-main event, Bellator cross-over Michael Chandler crushed the chin of New Zealand’s Dan Hooker with a left hook set up by a right hand to the body, finishing with ground strikes to take the win by TKO in the first round.

Hooker fought cautiously, circling Chandler on the outside and unwilling to be drawn into an exchange in the pocket. Chandler began to surge forward and unload his right hand to the body and followed it up with a violent left hook. Hooker’s defensive right hand was low, presumably to counter the takedown threat, and the punch landed clean. 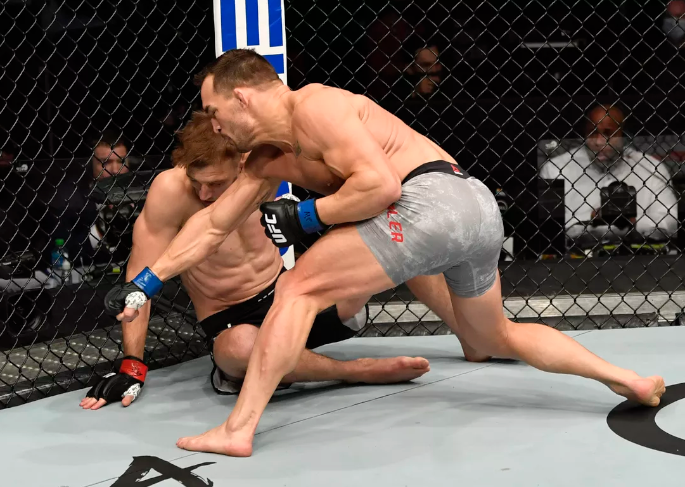 The loss will be doubly devastating for Dan Hooker, as he has to wait a month before being able to return to his family in New Zealand due to the Covid travel voucher system, giving him plenty of time to ruminate on the fight.

In the main event, Dustin Poirier avenged his KO loss to Conor McGregor with a second-round KO of his own. Poirier put money in the bank early with a heavy calf kick which visibly swelled the lead leg of McGregor, stifling his movement.

In the second round, Poirier landed several more calf kicks before corralling McGregor to the cage, unloading a barrage of punches on the Irishman. A hard left hand stunned McGregor, to be followed up by a snappy right hook which sat him on the canvas. A couple of follow-up punches were all referee Herb Dean needed to see before calling off the fight at 2:34 of the second round. 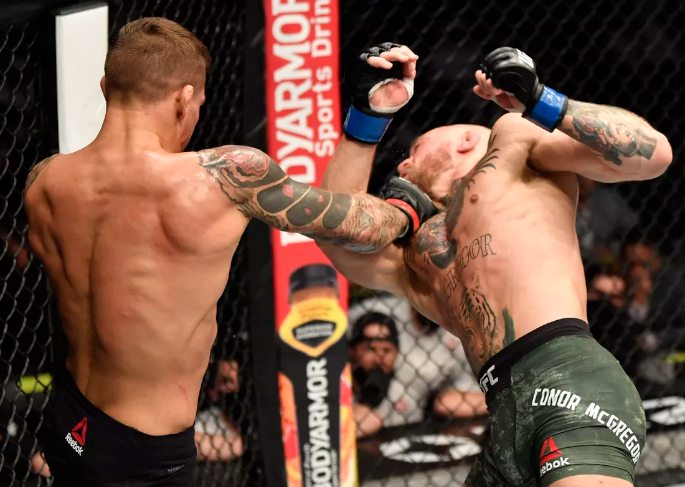 At the post-fight press conference, UFC President Dana White confirmed that the next fight to make will be between Dustin Poirier and Michael Chandler for the UFC lightweight title. White had previously teased that Khabib Nurmagomedov could return from retirement to face one of the victors, though comments by Nurmagomedov make this unlikely.

A match-up between Poirier and Chandler for the belt would be a fitting sequel to the fireworks at UFC 257, though there are plenty of worthy contenders in the 155lb division, the frontrunner being Charles Oliviera.

Whichever way the matchmakers take this, the UFC lightweight division just got even more interesting.