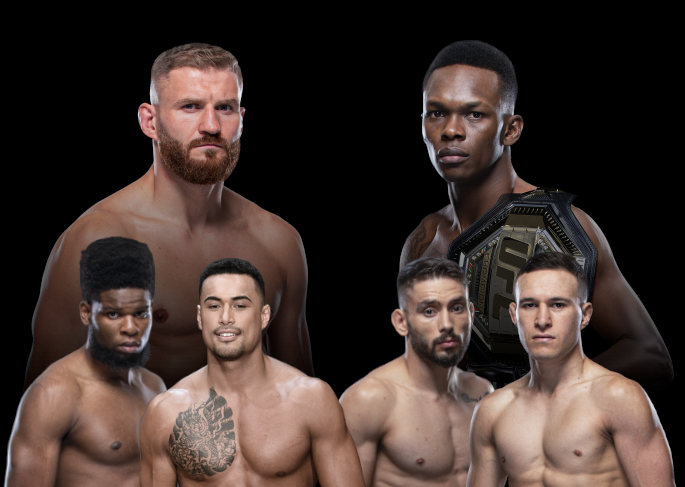 Once again, three City Kickboxing fighters will compete on the same card, this time at UFC 259 on Sunday, March 7.

If all three of the City Kickboxing fighters are victorious, it will be the third time that the “three-peat” has been carried out by CKB, in which they go three-from-three on a UFC event.

UFC 259 is slated to take place at the UFC Apex facility in Las Vegas, in front of a limited crowd of fans in attendance. This will be the first UFC card in the USA to host fans since the coronavirus pandemic restrictions of 2020.

Adesanya (20-0) has his work cut out for him, going up in weight to face the ferocious Polish slugger Jan Blachowicz (27-8). If Adesanya takes the light heavyweight title, he will be the fifth fighter to hold two UFC titles concurrently.

If this occurs, an eventual fight with Jon Jones seems inevitable. Thinking ahead to the Jon Jones fight, if this were to take place at heavyweight for the title, Adesanya would rocket himself to the head of the GOAT discussion if he could defeat Jones and become the only man to hold UFC titles in three divisions.

Bontorin has a 2-1 record in the UFC but has not fought since February 2020 when he lost to Ray Borg. Both men will be fighting to cement their places in the top 10.

Carlos Ulberg (3-0) will make his UFC debut at UFC 259 after making a splash on season four of Dana White’s Contender Series (DWCS), knocking out his opponent in the first round.

Ulberg is a decorated striker, being a two-time King in the Ring champion. He faces Kennedy “the African Savage” Nzechukwu (7-1), another DWCS alumnus who has gone 1-1 in the UFC since being added to the light heavyweight roster.

Both men are tall strikers with knockout records, so this one promises fireworks!