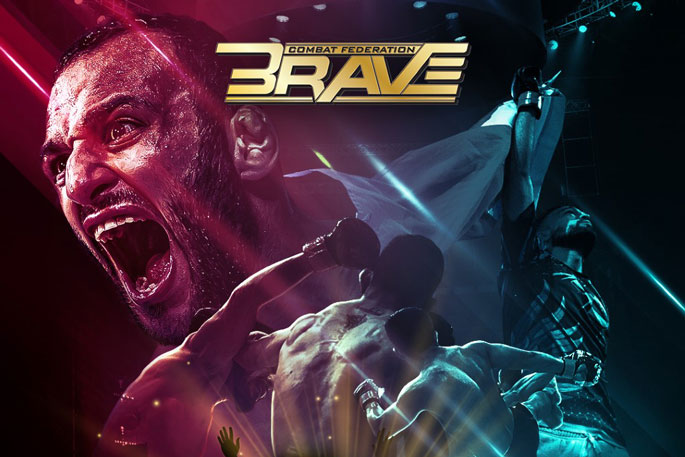 Brave Combat Federation is returning home for yet another series of explosive events in the Kingdom of Bahrain.

The series of consecutive events will take place between March 11 and April 1, with four shows taking place at Kombat Kingdom culminating in the historical BRAVE CF 50, officials revealed.

Labeled as “21 days of MMA mayhem”, the new iteration of Kombat Kingdom will kick off with BRAVE CF 47: Asian Domination, on March 11th, followed by BRAVE CF 48: Arabian Nights, on March 18th, and then BRAVE CF 49: Super Fights on March 25th.

The prime slot of the programming, though, is saved for BRAVE CF 50, which marks a series of landmarks to the Bahrain-based organisation.

It will have taken little over four years, exactly 1651 days, for BRAVE Combat Federation to achieve the 50th event.

In addition, the truly global promotion will be the first organisation in the world to do so while having visited 21 different countries in the process.

The fight cards for the four events are expected to be released in the upcoming days but BRAVE CF officials have confirmed that Kombat Kingdom will feature multiple title fights, the next leg in the prestigious Flyweight World Title Tournament, and the biggest stars in the company.

BRAVE Combat Federation was founded in 2016 by His Highness Sheikh Khaled bin Hamad Al Khalifa and quickly established itself as the focal point for global MMA, hosting international events, developing talent worldwide, and fomenting the sport of Mixed Martial Arts.

BRAVE CF now reaches 50 events with a solid growth curve, offering world class MMA fights and content for fans around the world and paving the way for a new ecosystem for the sport of Mixed Martial Arts.