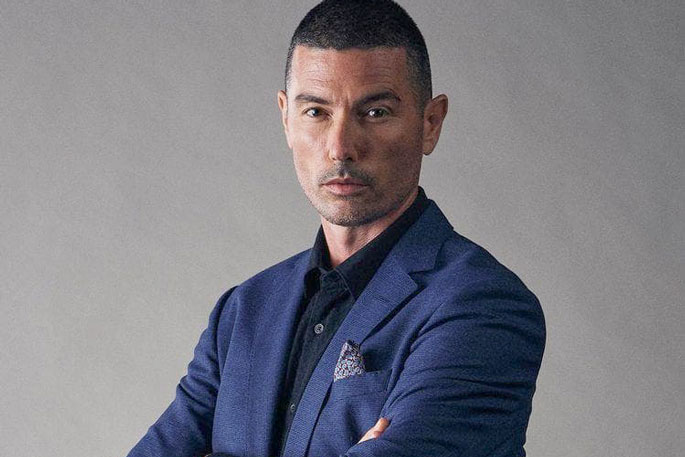 New Zealand's Clinton Tudor wants to make the most of his second chance in life by becoming the apprentice to ONE Championship Chairman and CEO Chatri Sityodtong.

The New Zealander persevered, however, and slowly got back to his feet despite physicians’ expectations.

But after his daughter walked away from her dreams of becoming a BMX star, that’s when Tudor fell into what he considers the saddest moment of his life, says a statement on the ONE Championship website.

Having given up on both his and his daughter’s chances of becoming BMX superstars, that’s when he discovered Muay Thai, and the martial art gave him new purpose.

He then turned to the tech world and founded Interlike App.

Tudor now wants to use his entrepreneurial skills to show the world that other people’s expectations shouldn’t define who you are, whether in life or in the boardroom.

"Going up against some tough warriors from around the globe for the chance of a lifetime," Tudor posted on his Instagram page.

"You guys know me, I've never been one to back down from a fight. Let's go!"

'The Apprentice’ will feature 16 contestants handpicked from around the world in a high-stakes game of business competitions and physical challenges where the winner will receive a US$250,000 job offer to work for a year directly under Chatri Sityodtong as his protege at the ONE Championship Global Headquarters in Singapore.

For more information on The Apprentice: ONE Championship Edition, please visit: http://onefc.com/the-apprentice/

In addition, a total of 12 of Asia’s top CEOs (1 CEO per episode) will be featured as guest judges alongside Sityodtong.

The business competitions will focus on a variety of real-world problems and industries. Meanwhile, the physical challenges will be graced by the World Champions from ONE Championship where contestants will aim to outshine them in feats of athletic ability and cardio endurance.

“I am thrilled to announce ‘The Apprentice: ONE Championship Edition’ as our biggest foray into the non-scripted series genre," says ONE Chmapionship CEO and chairman Chatri Sityodtong.

"This brand new concept brings a completely unique and original dimension to ‘The Apprentice’ with the high-stakes drama of real-life business competitions, coupled with herculean physical challenges, featuring some of Asia’s top CEOs, the world’s greatest martial arts world champions, and A-list celebrities from across the continent.

"In combining our respective IP and assets, ONE Championship will redefine the non-scripted genre in Asia across scale and scope. ‘The Apprentice: ONE Championship Edition’ just might be the toughest in the history of all Apprentice shows!”