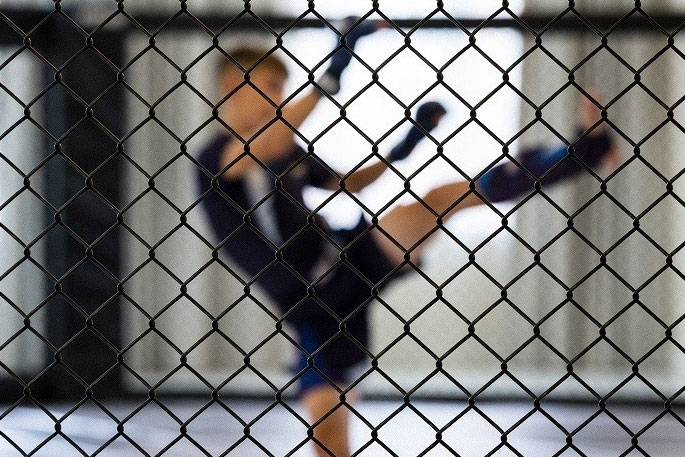 Top middleweight prospect and former IMMAF European silver medalist, Christian Leroy Duncan is aiming to extend his perfect start to life as a pro to 3-0-0, when he faces Will ‘Drago’ Currie at Cage Warriors 120 on March 18.

In his third Cage Warriors event, the first on the main card portion of a fight night, he will face his toughest opposition to date.

In 2017, the Gloucester man made a statement in his first appearance on the IMMAF platform, at the World Championships.

Duncan clinched the middleweight bronze after coming up short in the semi-finals against Khaled Laallam of Team Sweden, who went on to claim gold that year.

After a positive start, his exit from the tournament came in the quarter finals and once again by way of a unanimous decision loss to team Sweden, with Andreas Berg Gustafsson bringing his participation to an end.

He medalled once again at the 2019 IMMAF-WMMAA European Senior Open Championships claiming silver, after losing a unanimous decision to Russian Igor Glazkov in the middleweight final.

In one last run at IMMAF gold, Duncan competed in the 2019 IMMAF-WMMAA Unified World Championships, but departed after the second round loss to Sultan Omarov.

The middleweight has made an impressive start to life as an MMA professional. His successful transition has seen the former multiple IMMAF medalist secure two slick finishes over Kyle McClurkin and Lukasz Marcinkowski, both on the Cage Warriors stage.

Duncan’s offensive style, layered with his exciting spinning techniques and angled attacks has quickly established him as one to watch in the Cage Warriors middleweight division.

Fans could be in for a classic striker vs grappler bout when Duncan meets ‘Drago’- with four of Currie’s five professional victories coming by way of submission.

With a victory over Currie, Duncan will be looking to looking to further cement his name towards the top of the Cage Warriors middleweight division.