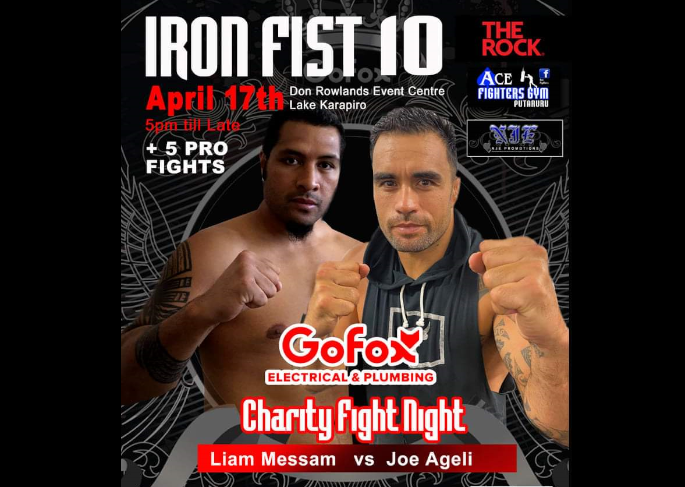 Iron Fist 10 will take place at the Don Rowlands Centre from 6pm tonight, Saturday, April 17. Tickets are available from Eventfinda and the event will be live streamed on Fight News PPV.

All of the proceeds from the event will go towards a noble cause: fundraising for an 8-year-old boy’s cancer treatment. Antonio Pohatu-Barbarich is battling brain cancer at Starship Hospital and the money will go towards his treatment.

The main event sees two heavyweights make their professional debuts. Jacob Martin and Mark Creedy are both heavy-handed bruisers and will look to impress in front of the crowd in the final bout of the night.

Jason Tuala faces Jerome Pampellone, who is coming off a TKO victory over Thomas Russell on the Parker-Fa undercard.

The entire fight card is as follows:

The event will be filmed by Bev's Broadcasting and live streamed on Fight News from 6pm on Saturday, April 17 for a PPV cost of $15. To watch, first register an account on the Fight News website, then after you have clicked the link in your activation email, login and subscribe to the PPV here.