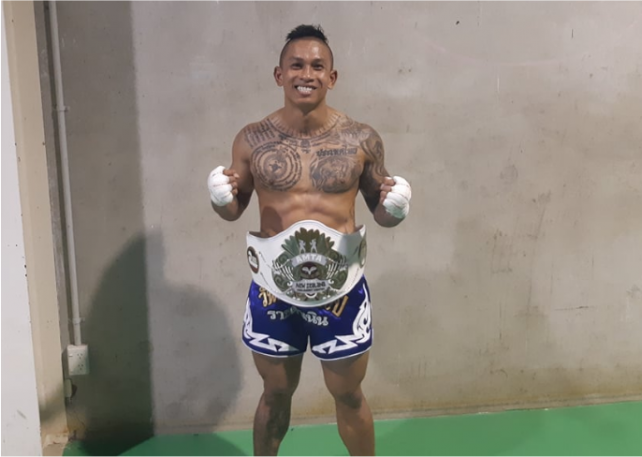 The fight was a rematch, with the two meeting first in December 2018 at Vendetta, with Pyers taking the first fight by split decision.

In yesterday's fight, Pyers established the outside leg kick early, reddening the thigh of Murdoch and sliding backwards out of the way of his counter-punches. The third round was perhaps Murdoch's best, being much more active and mixing up his punches and kicks.

However, by the fourth round, the leg kicks had taken their toll, with Murdoch's leg red like hamburger meat. A hard leg kick hurt Murdoch mid-round, causing him to switch to southpaw. Another kick to the same leg saw him crumple to the canvas in obvious pain for an 8-count.

The toughness of Murdoch cannot be overstated, as he was clearly in agony between rounds, but had no quit in him, fighting through to the bitter end despite a nasty groin shot sustained in round 5.

When the fight ended there was no doubt of the winner. John Pyers picks up another title over a very tough competitor, setting the stage for bigger challenges in his future.

The full results of the Razor's Edge fight card are below: