XFC 48 is set to go down in Dunedin this Saturday, April 17, with a fight card full of high-level matchups.

The event will take place at the Edgar Centre in Dunedin from 6pm. Tickets are available from Ticketek. 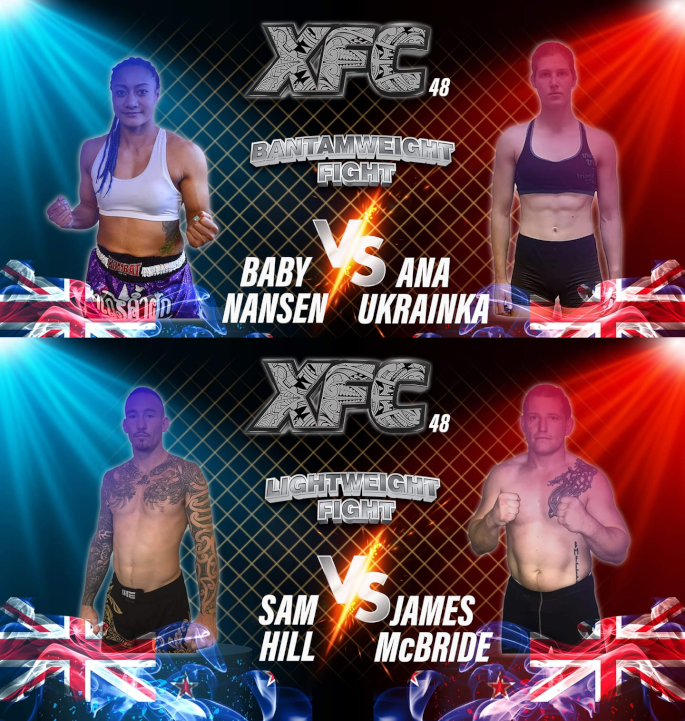 Nansen and Hill have a wealth of world-class boxing and kickboxing experience. The trophy cabinet at home must be close to breaking point from the weight of all of the title belts they hold between them.

In preparation for this weekend, they have both been training at City Kickboxing to hone their MMA skills. Both are facing strong grapplers on Saturday, but if Nansen and Hill can keep their fights standing it will be a tough night for their opponents.

The rest of the XFC 48 card is packed with talent. The main event sees Aaron Tau defend his XFC pro bantamweight title against Shuriken MMA’s Logan Price. Tau won the professional title at XFC 45 in October 2020 with a close-fought victory over Caleb Lally.

Lally is also on this Saturday’s card, looking to get back in the win column as he takes on Oliver MMA’s Nick Thornton at bantamweight.

The penultimate fight of the night sees long-time New Zealand MMA standout and former XFC pro lightweight champ Kieran Joblin face rising star Alex Tzinavos, who is coming off a victory over Carlos Hicks in 2020. Joblin has been training at CKB and will be a tough test for Nelson’s Tzinavos.

A middleweight grudge match is set to take place in the middle of the card. Oliver MMA’s Hakaraia Wilson took a narrow decision victory over Universal MMA’s Fergus Jenkins at Born to Fight 8 last November. Jenkins will look to settle the score this Saturday in the rematch.

The full fight card is given below. The event will be live streamed on Sports Flick Global PPV for $23.99.