The second instalment of the Apex Muay Thai Warrior Series delivered a rollicking spectacle of violence yesterday at Urban Sport Gym in Auckland.

From the first fight on the undercard to the much-anticipated 64kg semi-finals, every fight delivered action not to be missed.

The event is available for replay on Fight News.

In the 64kg division, Travis Schwitzer out-worked Ale Taumalolo in the clinch to earn his spot in the finale. Rob Horrocks versus Yassin Yass was a technical battle between two masters of their craft, with Horrocks emerging the victor to set the stage for the division final.

The 80kg division was carnage from the outset. Chris Eades made a statement with a first-round stoppage of Deej Edwards, crushing him with a knee to the liver without sustaining any damage.

Sam Parkes versus Hayden Todd was one of the fights of the night, with Todd bouncing light on his front foot and using the teep to keep Parkes' power at bay, en route to a unanimous decision victory.

Nate Law defeated Tahuri Taniwha in a three-round bloodbath, keeping the pressure on his tiring opponent to win a convincing decision.

Late call-up Rehua Smallman showed his grit as he withstood the offense of technical Thai stylist Haamiora Parsons-Grace to win a split decision and a spot in the semi-finals. 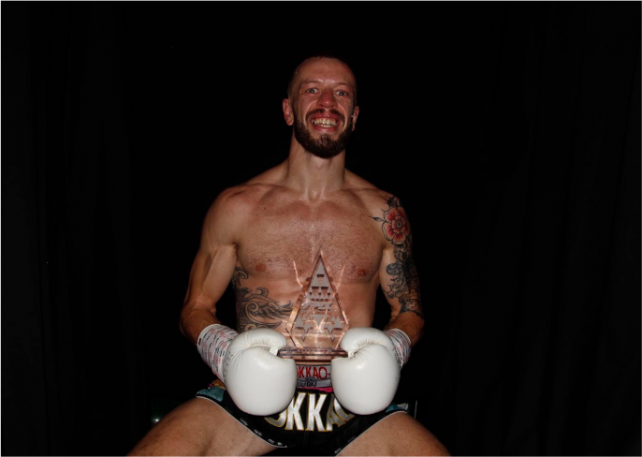 The next Apex Muay Thai Warrior event will be held on September 4, and will host the final of the 64kg division, the semi-finals of the 80kg division, and the quarterfinals of another, yet-to-be-announced weight class.

The full results of the fight card are given below: