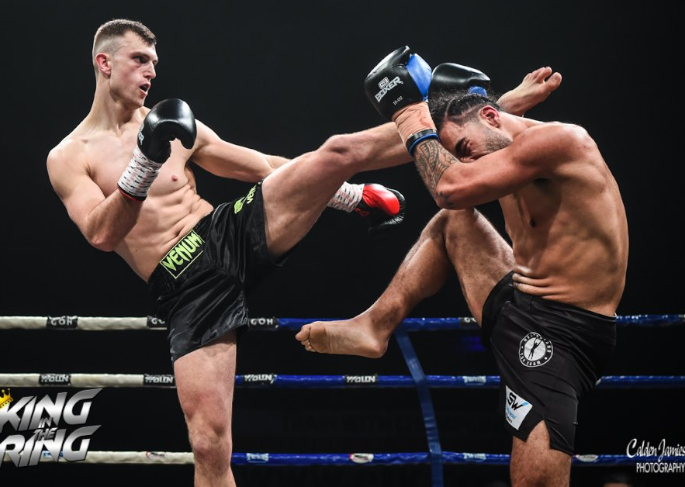 Nate Law is a former rugby league player, who started kickboxing training in 2019 at Dan Hooker’s Combat Academy in Auckland.

Since then, he has amassed a 9-1 kickboxing record, taking no shortcuts and fighting the best guys he can get his hands on.

During the fight, Law bloodied the nose of Tahuri with punches and crushed his rear leg with power kicks from the southpaw stance, to win a one-sided unanimous decision. The event is available for replay on Fight News.

Fight News asked Nate Law a few questions after his victory at Apex.

Hi Nate. Congrats on the Apex win. How did the fight go in your words?

“It was alright. Obviously it is a victory, but I’m a bit disappointed I didn’t get the finish. But, I mean, I’m happy to put on a dominant performance, but at the same time I wanted a finish.”

It seemed like Tahuri was tiring as the fight progressed. Did you see his leg welting up in the fight?

“Yeah, pretty much. I knew I was taking his back leg away, but there was a few things that I didn’t capitalise on.

“I could see his reaction; he was starting to limp and stuff. He got more defensive as well, he didn’t push off it as much.”

Was the plan to kick the leg, or did you feel that in the moment?

“I’d actually never seen him fight before, other than a seven-second clip on Youtube. So, I didn’t really know what to expect. But that’s been something that has been working in sparring: kicking the back leg.

“On open-stance fighters it works quite well. It’s not the conditioned leg, either. People aren’t used to getting kicked there. So, I hit it a few times and could see the reaction, it was way more than kicking the lead leg, so I just kept kicking it.” 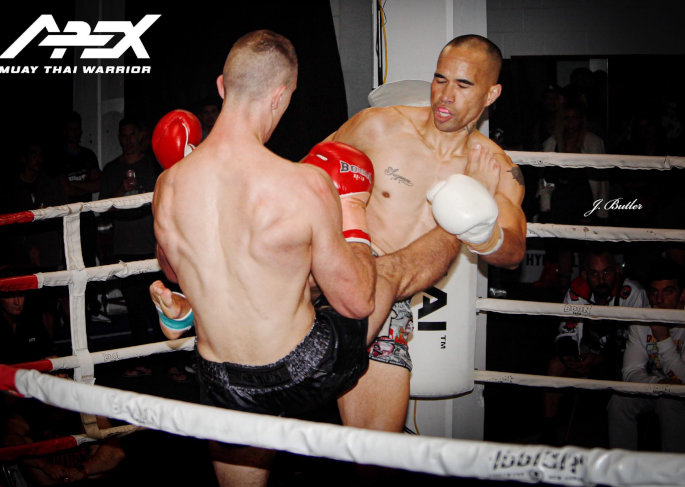 I understand you moved to fighting from rugby. What prompted the switch?

“Yeah, I was playing league for quite a while before I started this. I was interested in the UFC and Israel [Adesanya] was popping off at the time.

“It was something I always wanted to try. I saw the Instagram posts of the gym and I messaged him [Dan Hooker] and asked if I could try it out.

“I wasn’t expecting a reply, to be honest, but he got back to me. I came in and loved it, eh. Even just how much you realise how crap you are, haha. There’s so much to learn, all the time.”

Was there a period where you were doing both fighting and playing league?

“Nah, ‘cause that was in like, January. Pre-season had just started for league. After about two weeks I told my league coach that I wasn’t gonna play anymore.

“After about two weeks I decided I was done with league, this sport is way better. I basically went all-in after that.”

How would you describe Dan Hooker as a coach, in comparison to your rugby coaches?

“A lot of the stuff I learn from him is not necessarily words. It’s more like observation. He leads more by action that with words.

“I’m not the biggest talker myself, either. You hear the league coaches say a lot of things, but they don’t necessarily mean it.

“Also, getting to train with him, I get to see what it takes to get to that level. He embodies what it’s all about: training every day.”

I remember after your fight on the undercard of King in the Ring, you said you didn’t think he had ever cried. Is he pretty hard on you guys?

“Yeah, especially the fighters. If you’re one of his fighters he’s definitely gonna be hard on you. He definitely beats us up, haha.”

With a team full of fighters from all disciplines, is there a chance that MMA is in your future?

“I definitely wanna get into MMA, that’s my long-term goal. I do train grappling when I’m not training for a Muay Thai fight.

“When I spar at CKB I do the MMA rounds as well, twice a week. Definitely it’s a long-term goal of mine.” 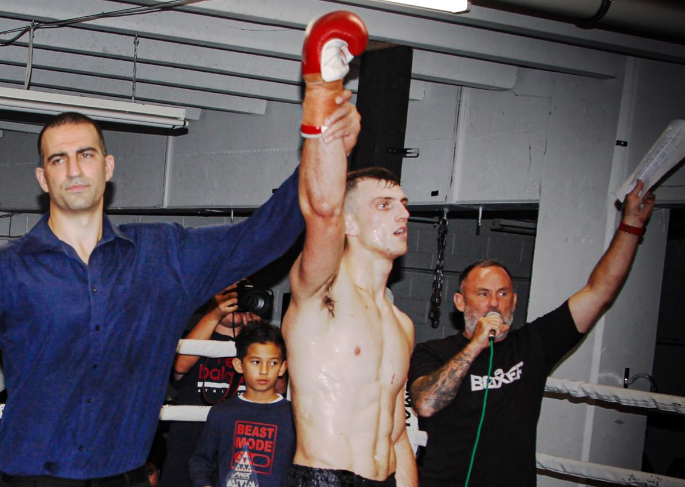 You will fight Hayden Todd in the semi-final of Apex on Sept 4. Have you got anything booked besides that?

Sweet, that will give you some measure of how you’ll go against Hayden Todd.

“Yeah, Hayden has already fought my coach Mark [Timms]. I’ve seen him fight a bunch of times. I’m looking forward to fighting him.

“Given the amount of fights he’s had, it’s gonna be good to fight someone with that kind of name in the sport, that kind of experience.

Hayden is a highly skilled, wily veteran. Will he be your hardest and most high-profile fight yet?

“Yeah, for sure. I definitely have a lot to gain from beating someone like that.”

Do you have anything else booked after the fight with Sam Parkes?

“I’m not sure. Dan kinda just tells me when I’m fighting. I don’t ask to fight or anything, I just train and fight who he tells me to.”

Thanks for the interview Nate. All the best for the fight next weekend.

You can follow Nate Law on Instagram at @nathaniel_law1999. He will fight Sam Parkes next Saturday, May 15 at Te Ihi A Tu in Gisborne.