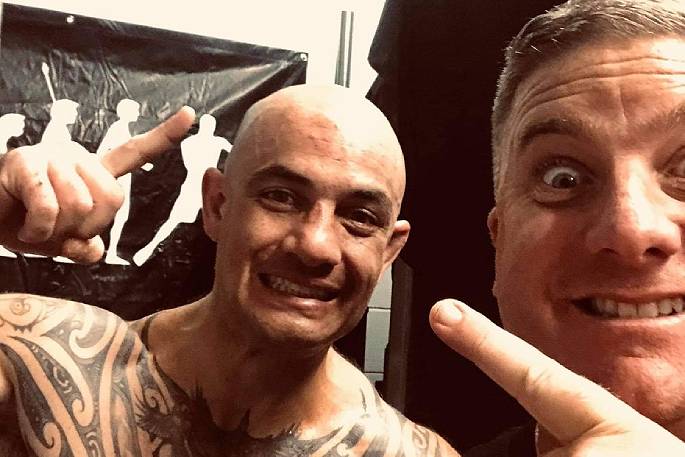 Rehua Smallman got the win at Apex on May 1. Supplied photo.

Age is only a number of Alpha Muay Thai's Rehua Smallman.

The 38-year-old took a last minute call-up to compete at Apex Muay Thai Warrior Series in May 1, where he came out the victor.

Rehua Smallman showed his grit as he withstood the offense of technical Thai stylist Haamiora Parsons-Grace to win a split decision and a spot in the semi-finals.

Speaking with Fight News after his win, Smallman says he is feeling fine.

"Didn't pick up any injuries and I was just happy getting the fight. Getting the win was a bonus....Still...super unhappy with my performance.... I think it's my doom to look messy!"

A couple of injuries before the fight meant Smallman has to ease off of training in the two weeks leading to the bout, but he says he was still confident heading into the May 1 showdown.

"It was short notice, so I didn't have much time to think about it, which I think was good."

Smallman says it was towards the second round of the fight, that he thought he had won.

"But after watching the fight, it was a lot closer than I realised!"

When asked what is next for him, Smallman says he will be hibernating for winter.

"The training gear only comes out during the warmer months for me now."

Smallman got into combat sports in 2006.

He had been playing rugby for 20 years and says too many concussions made him re-evaluate the danger of the sport.

"I originally wanted to do boxing, but I found a Muay Thai club instead. It was love at first sight and we've been inseparable ever since."

The self-confessed active relaxer says when he loves usually doing things outdoors when he is not in the ring.

The event is available for replay on Fight News.