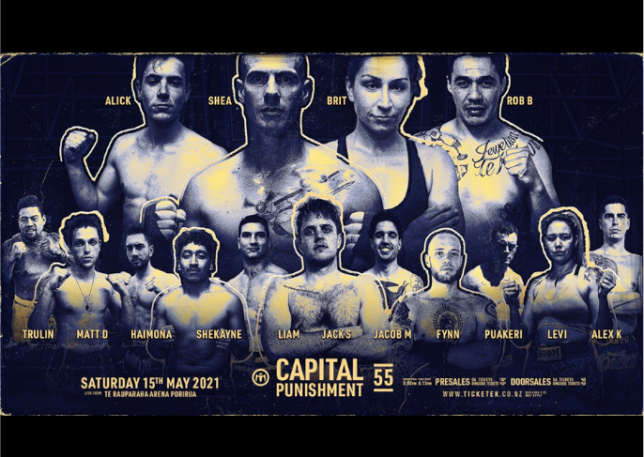 The second Capital Punishment instalment for 2021 is showcasing a stacked line up of Muay Thai fights, in Wellington Saturday 15 May.

The 13 bout fight card is showcasing some of the best established and up & coming NZ Muay Thai talent.

MTI Wellington Head Coach, Mark Hampton, says the MTI team have been putting in the hard yards in the lead up to this event. He is most looking forward to the novice fights, saying he enjoys seeing fighters experience the “fight rush” for the first time.

The night, which is being held at Porirua’s Te Rauparaha Arena, will be headlined by Rob Baxter vs Hamona Tamati, in a three round Full Thai Rules fight.

Fighting on the night will be: