Kelly Broerse on a path to Glory 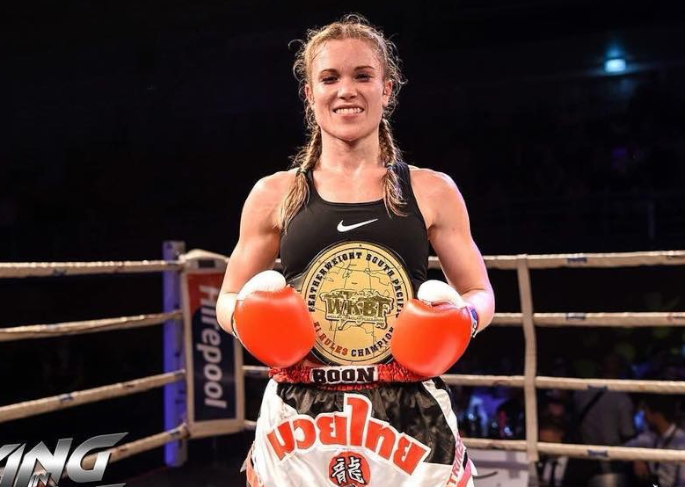 Kelly Broerse is a kickboxing champion fighting out of Strikeforce in Auckland. She has a record of 15-3 and is a South Pacific champion and a two-time New Zealand champion.

Aside from the titles, Broerse has fought the cream of New Zealand’s crop, including a victory over internationally renowned Baby Nansen on a previous Young Blood show.

Broerse has been inactive for the last 18 months, due to Covid restrictions and due to sustaining a elbow injury in 2020 which saw her out of action.

30-year-old Broerse will face surging champion Macca Jean in the penultimate fight of Young Blood 15 at ABA Stadium in Auckland this Saturday, May 22.

Fight News caught up with Kelly Broerse in her preparation for Young Blood 15.

Hi Kelly. You’re fighting Macca Jean this weekend. She’s been tearing through the NZ scene, have you watched much tape on her?

“Yeah, of course. That’s why we wanted her.”

How would you describe her as an opponent?

“Very high level, for sure. Anyone who’s watched her fight knows how good she is. Obviously, you can see the Tae Kwondo background very easily.

“Yeah, it’s an exciting fight for us. Aaron [Boyes, Strikeforce founder] always wants us to have hard fights. We never want easy fights. You don’t get better from easy fights.”

What weight are you fighting Macca at? I see she just fought MMA at 70kg.

You defeated Lara Ahola in 2018 for the WKBF 58kg South Pacific title. Is 58kg your natural weight class?

“Yeah, if we prefer a fight weight it is 58kg, but I’m sure you can understand, everyone is a lot heavier now after Covid, haha. So, I’m fighting a bit heavier at 62kg.” 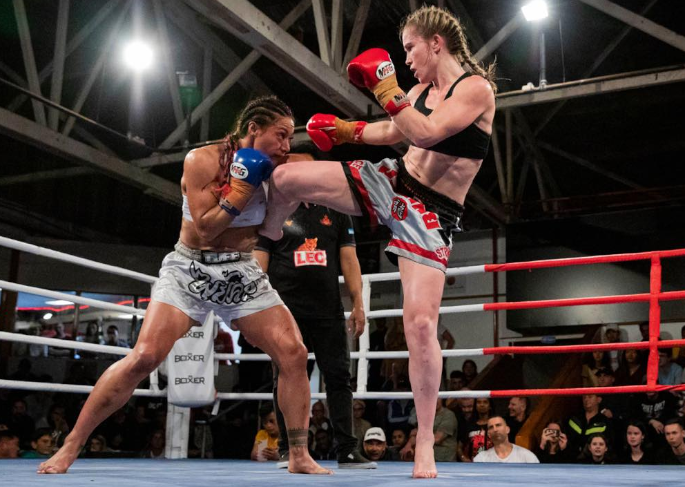 Your last fight was against Baby Nansen in 2019. Tell me about that fight.

“It was on the Strikeforce Young Blood show, we were the main event, which was really exciting for me. I don’t believe Aaron [Boyes] has ever had a female main event. It was five, two-minute rounds. No title, but main event.

“It was a good, hard fight. We became good friends afterwards, I think. Beforehand, we weren’t so close, but afterwards, I just have a huge amount of respect for her.”

How did the fight go, were you confident you won after five rounds?

“Yep, absolutely. Watching it back, the first round I definitely felt that she had it. She threw me a few times.

“I tend to always start quite slow. After the first round I come back more confident. Gradually I just started pulling away. Rounds four and five were definitely mine, very clearly, there was a bit of blood.

“So, yeah, I was confident before my hands were raised that I had done enough to win it.”

How long have you trained at Strikeforce for?

“I’ve been up in Auckland for just over four years. I came up here to study in 2013 for the year, which is when I found Strikeforce. I went back to Christchurch for a few years and then moved up here permanently in 2017.”

I understand you started kickboxing in Christchurch, before you moved to Auckland, correct?

“Yes, I learned to fight with Geoff Aitken at Academy of Combat in Christchurch.”

Strikeforce has produced some fierce fighters. What is Aaron Boyes like as a coach in comparison to others you’ve had?

“Anyone who knows Aaron knows he’s a hard-ass, but that’s what gets results. He’s tough, he pushes us hard, but we’re also a family. We’re in a really good vibe at the gym.”

Your nickname is Warrior Princess. Have you ever dressed up as Xena?

“My name, Kelly, actually means warrior maiden, in Irish Gaelic. I’ve always kinda had that connotation in the background. I’ve grown up with three older brothers, so I’ve been a bit of a tom-boy.

“And yes, I definitely did dress up as Xena one Christmas party, haha.”

Your rematch with Baby Nansen was cancelled due to your elbow injury. Is that a fight you’re still looking for in the future?

Other than Macca, have you got anything booked?

“Definitely I want to stay active this year, but nothing booked so far.”

I saw in an interview you said you’d like to fight in Glory or Lion Fight. If you had to choose, which one?

Thanks for the interview Kelly. Best of luck for this weekend! 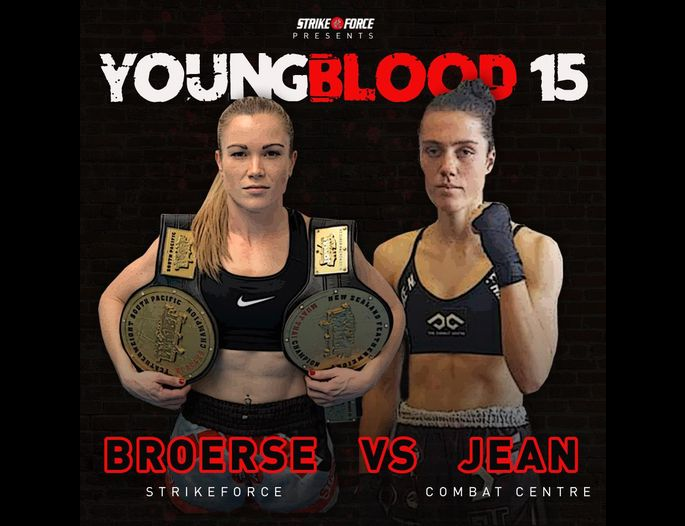