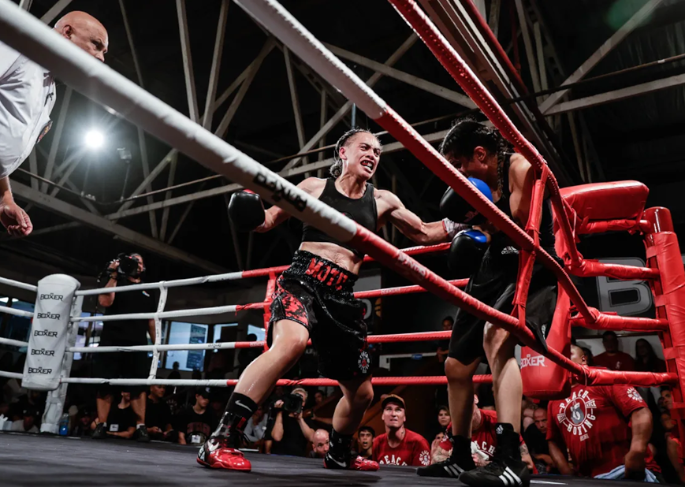 Mea Motu is a force to be reckoned with. A relative newcomer to the professional boxing scene, Motu is no stranger to the square office, being a former amateur national boxing champion.

After an 8-year layoff, Motu returned to boxing 6 weeks after the birth of her youngest child and had her professional debut just 6 months later.

Since returning to the ring in October 2020 Motu has racked up an impressive 8-0 record, winning the New Zealand Lightweight Title against Tania Reid in only her 6th bout.

Fight News caught up with Motu to discuss her career to date and her goals for the future.

Hi Mea, thank you for taking the time to talk with us. You have absolutely stormed the Pro-boxing scene in New Zealand, it has been so exciting to watch your career so far.

I know! I am still buzzing at it. My first pro fight was in October last year. It’s been flat out! I’ve had 8 fights, and I’ve got one New Zealand title so far.

When is your next fight?

Hopefully July 3rd, we are still getting that organized. I’ve confirmed a fight in November with Gentiane Lupi for a World Title. I am aiming to fight every month – that is the goal.

That is awesome, what is the motivation for fighting every month?

I just love boxing. My original goal was for 10 fights. I just wanted to smash it out. It is a lot, but it so addictive. I am just enjoying myself; I just think this is fun – what have I been missing!

You took 8 years out from boxing, why was that?

I was taking time out to enjoy life with my kids and raising my family. I wasn’t even thinking about coming back. When I hung up my gloves, I was expecting that would be it. I came back to training after Isaac Peach reached out to me and encouraged me to come back to the gym. I thought ‘ok I’ll give it a go, why not’, and now I’m addicted! I was doing netball and touch, but not boxing during that time. 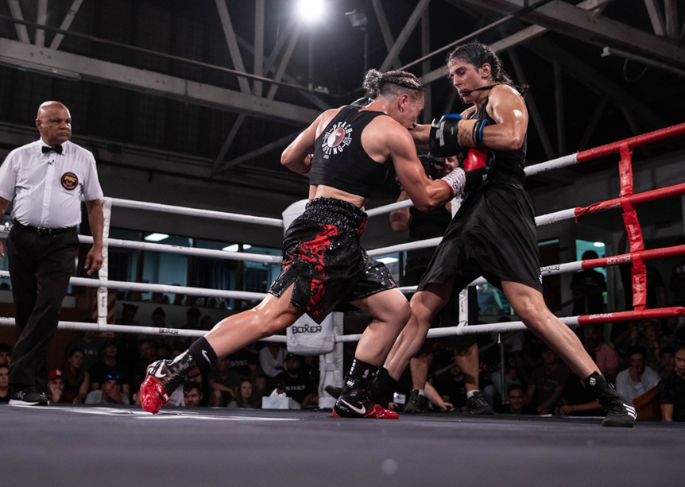 That is impressive, to take 8 years off and seeing the success you’ve had in your career so far you would never know.

So next goal; you’re working towards your 10 fights. What’s next?

So the goal has always been 10 fights first, then we will see where we are at and hopefully, we can extend that out and look further then New Zealand. Because of COVID, we wanted 10 fights in New Zealand, but now the borders are opening we want to go world stage.

Potentially Australia next? Are there any fighters you have your eye on?

Definitely. You know, there are just too many fighters! I’ll take them all. Whoever comes next. I just want to fight. I have so much passion for it. Pro changed me.

It’s so different to amateur. The way you fight is so much more technical, it’s being smarter in your fighting and not rushing. I’ve learned so much patience.

In your fights so far, have any stood out for you in particular?

My fight with Michaela Jenkins. I loved that fight, I learned so much about myself. Because she was a lot bigger than me, I felt her weight on me which made me quite tired. I felt like I was overthinking and trying to load, rather than keeping to my speed. It gave me so much to work on.

I love the fights where you find your weakness. I don’t like coming out of fights not feeling like I’ve learned from it. My goal is to grow and get better, to keep growing every time. It’s a bonus if you win!

Also, losing is ok. A lot of people think when they lose their career is over, but it’s how you pick yourself up. Do you want to get back up and come back harder? To me, it doesn’t matter if I win or lose if I’m growing and getting better just don’t give up!

You’ve obviously got a very strong mental attitude, what keeps you going on the days where you’re not feeling it?

We train so hard. A huge thing I’ve learned over the years is to take care of your body. Rehabilitation is so important, finding a good physio and massage therapist, doing swimming and yoga. Making time to fit all that in. We’re so hard on our bodies that it’s so important to take care of it.

I have tough days. The key is surrounding yourself with good people and seeing the pure energy children have too. You’re never perfect but it’s how you pick yourself up. You know, there was one fight I wasn’t happy with and I was feeling a bit down about it, and my son said, “you know mum, you’re still world champion to me”, and I thought ‘now that’s what counts! Being a champion for your children’.

Mea, thank you so much for your time. All the best for your upcoming fights, we will certainly be watching with interest!