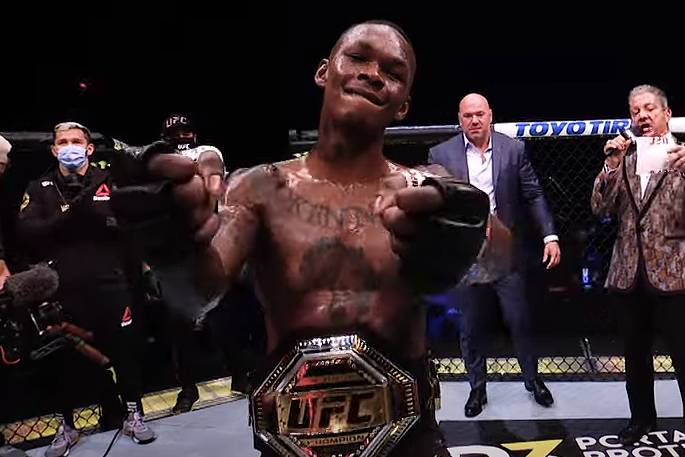 New Zealand's Israel Adesanya will go meet Marvin Vettori in the ring for the second time on June 13.

The pair are expected to go head-to-head in the main event at UFC 263.

The event will be the second that the promotion has contested in Glendale, following UFC on Fox: Poirier vs. Gaethje in April 2018.

A UFC middleweight championship bout between current champion Israel Adesanya and Marvin Vettori is expected to headline the event.

The fighters previously met at UFC on Fox: Poirier vs. Gaethje, where Adesanya won via split decision.

A UFC flyweight championship rematch between the current champion Deiveson Figueiredo and former title challenger Brandon Moreno is expected to take place at the event.

A light heavyweight bout between Paul Craig and Jamahal Hill is also booked on the card.

Craig and Hill were due to meet at at UFC on ESPN: Brunson vs. Holland, but Hill withdrew from that event on March 10, after testing positive for Covid-19.

This fight was originally expected to take place at UFC 262, but Diaz pulled out due to a minor injury in early May and the bout was postponed to this event.

Despite the different date, the pairing will retain its original status, marking the first time in UFC history that a non-title bout other than the main event has been scheduled for five rounds.