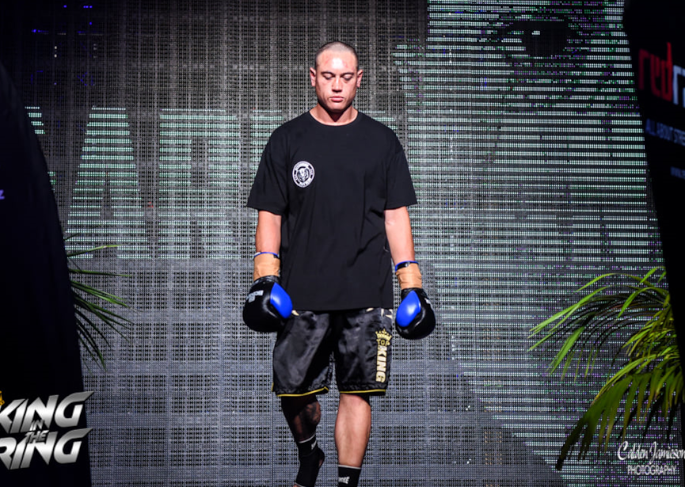 Robert Ngari Dean has been a formidable force in the New Zealand fight scene for over 12 years.

Fighting across MMA, Boxing, and Muay Thai disciplines and racking up titles along the way, Dean now has his eyes firmly on Muay Thai.

Living between Balclutha and Dunedin, Dean is an example of discipline and dedication, balancing a hectic work schedule with family life and training hard.

Fight News catches up with Dean ahead of his heavy-weight bout with Trulin Toa-Toa at Asylum 4 in Dunedin, this weekend.

Hi Robert, thanks for talking with us today. How are you feeling ahead of your fight this weekend?

I’m feeling pretty good! It is a bit weird having a heavyweight fight. I’ve fought as low as 72kg before, but my usual fight weight is 86kg. The plan this weekend is to win in devastating fashion!

When I started fighting it wasn’t as organized as it is now. Promotors would often try to arrange catchweight fights, so I have matched with heavier opponents. When I did King In The Ring (KITR) in 2020, I was 86kg and it was the 92kg division.

You made it to the semi-finals for KITR but ultimately lost to Navajo Stirling, who won the event. How did you find the KITR experience?

The week prior to KITR, I won the Oceanic Cruiserweight title. I was a reserve for KITR, so because I wasn’t injured, I was able to fight but I felt pretty fresh!

I have never fought someone like Navajo, who was tall but utilized his length in the way that he does. He has a high fight IQ and kept me away with front kicks because he knew I would be pressuring forward.

He ended up breaking two of my ribs. It was an odd experience, I just felt this brush against my left side, and then a tightening in my sternum, and when I took a breath, I felt a horrible pain. Before that I felt a kick skim my forehead. I think if that kick had landed, it would have been over.

Have you been injured like that in other fights?

Aside from that, about 9 years ago I got some teeth knocked out from a knee to the face. I haven’t really had any serious injuries from fighting. I’ve had some horrible injuries which have limited my ability to fight. I chopped off my thumb at work, and managed to have it reattached, but I won’t fight MMA anymore because I’m told, due to the gloves, that if I land on my hand, I could run the risk of losing my thumb completely.

You work in Dunedin week-on week-off, with your week off being at home in Balclutha with your partner and children. How do you balance life, work, and training?

When I’m in Dunedin I train with the Hammerhead team. They help me with my schedule. I’ll usually drive straight to the gym after a work shift and I’ll get some pad rounds in, maybe do some focused fight-skill work. When I’m in Balclutha, I’ll run in the morning and train in the evening. During the day, I get to do stuff with the kids and spend time with my partner. She is really supportive of me and fighting.

I have my own gym in Balclutha called Riverside Kickboxing and have a team of up-and-coming fighters. My partner is really involved with that too, and she helps me with all the paperwork and organization especially ahead of shows.

What keeps you going?

Fighting is my thing. It’s what I enjoy the most. I’ve learned a lot over the years about training smarter, being more active. I find if I miss training, I can be sore for days, so I just make sure I keep myself fit.

There’s this cliché of “losing the fire”, and that’s when you know it’s time to stop. I’ve lost that fire before, but it’s always come back. I don’t want to ever give up fighting. 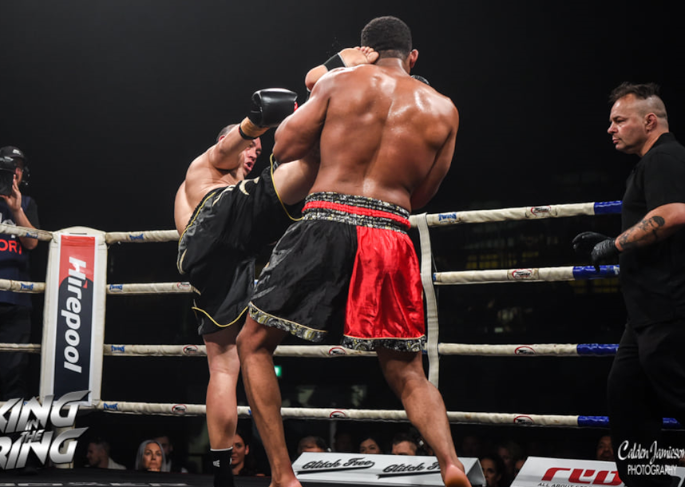 What’s next for this year?

I’ve submitted my name for the next KITR. I’ve fought and won against a lot of top fighters, and I want the opportunity to have a genuine crack at a title like KITR at my weight class. I’ve missed out on some opportunities over the years because of injuries or life. I don’t want to miss out again.

Are there any fighters you’d like the chance to be matched with?

There are some names I’ve seen pop up on social media that have piqued my interest.

There’s also Mark Timms, who fights out of the Combat Academy and has fought in Glory. Ty Williams would be a good match. He’s a power puncher, and a great counter fighter. If Zane Hopman returns to Muay Thai, that would be a good fight.

Thanks Robert! All the best for your fight this weekend!