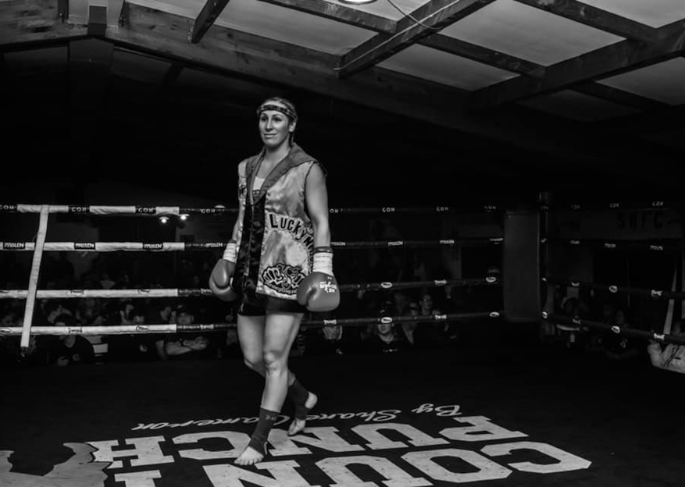 Kaitlyn Tucker has established herself in the Muay Thai fight scene as a dominant and enthusiastic fighter.

An elbow injury in late 2020 may have put her fight ability on hold, however this didn’t stop her training. Just 8 months later, Kaitlyn has lined up 3 title fights in a row, with the next one booked for June 26 in Hamilton against Miriam Tio Lenzen.

Fight News caught up with Kaitlyn to discuss her injury, training, coaching, and fighting plans.

Hi Kaitlyn, it’s great to see you. Thank you for making the time to catch up. It looks like you’re making the second half of 2021 a busy year, with 3 title fights booked! Are you looking to line up more fights as well?

There may be another fight, but it’s not 100% confirmed. I’d be very happy with the 3 fights, but if there’s another one that would be a bonus.

Three title fights in a 6-month period would be considered quite a lot. How do motivate yourself to stay so active?

For me, I’m always training so there’s never a drop in cardio or strength. I always try and keep at the level where I’m ready. That might exhaust some people, but I’m naturally a high energy, high output type of person. Exercise is essential for me; I need it like I need sleep and to eat. I also love competing, I love pushing and challenging myself. Learning new skills keeps me really motivated and interested.

How did you get on with training around your injury?

My last fight was August 2020. Initially I assumed it would be a 6-week recovery, so I thought I’d be fine to fight on shows before Christmas. I gave myself a false sense of reality because I’d never had a serious injury before.

When it sunk in that the injury was a lot worse than I realized, and I couldn’t fight as soon as I’d hoped, it got me down but, it also motivated me to train harder than ever. I started doing a lot of stationary bike, and lightly hitting pads.

Only a few weeks after my injury I was back sparring, just in a sling & a cast. I was doing pretty much everything everyone else was doing in the gym, just with one arm.

With having a serious injury, did you ever rethink your fight career?

A lot of people around me asked me, but I just thought “no!”. I wasn’t permanently injured, I will recover, I’m not disabled from this. I just kept this positive mindset.

It does help that I’m naturally a positive person. To be honest, I did struggle at first, thinking I wasn’t training hard enough but also thinking I should give myself a break. I was lucky to have a lot of support with family and friends to talk with.

The first couple of weeks after being injured I let myself rest, have a bit of a pity party, but then I said to myself “you’re getting up, you’re going to the gym”, and I just started trying to train as normal from then. 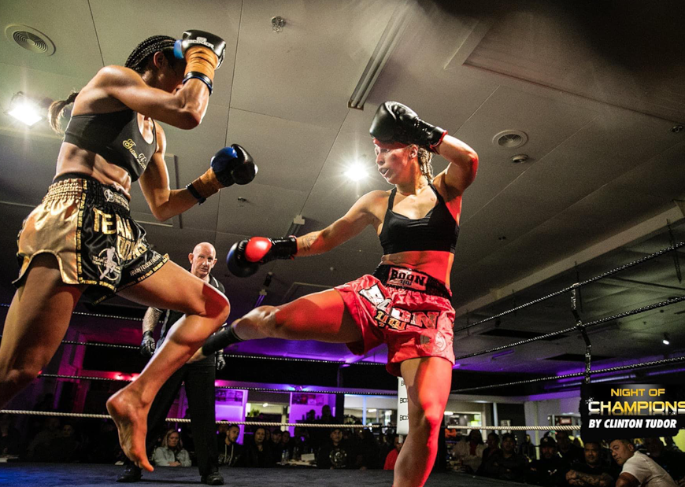 How are you feeling ahead of your next fight?

I am feeling good! I am punching as hard as normal. My surgeon and physio have signed me off and have wished me the best for my fights!

Three fights line up – three titles. Is there a particular match you’re most looking forward to?

It’s a bit varied, my fight with Miriam Tio Lenzen in June is my first fight back. Whenever I’ve had a break, I always come back hard.

My fight with Kelly Broese in August will be cool because we’ve anticipated this fight for years, but the timing has never worked out.

With Macca Jean in November, I know it’s going to be an action-packed fight. The best part is that it’s in my hometown. I can’t say there’s one fight I’m looking forward to the most – they all have their own excitement.

Have you got your eye on any opponents?

I just really want to fight. I’m up for anyone who puts their hand up!

You’ve also recently taken on a new role as Head Coach of Lucky Nine Gym. Tell me a bit about how that came about and how you manage that with your own training.

Scott runs the gym, the AMTA, rankings, and shows. He also has a job on top of all of that, so it’s a lot on his plate. For me, I’m at the gym every day anyway, I’m always at training. The more I’m able to put into the gym, the better we all get together. Even though I knew it would be a lot of effort, it would be really rewarding for me, and help take some of the load off Scott. 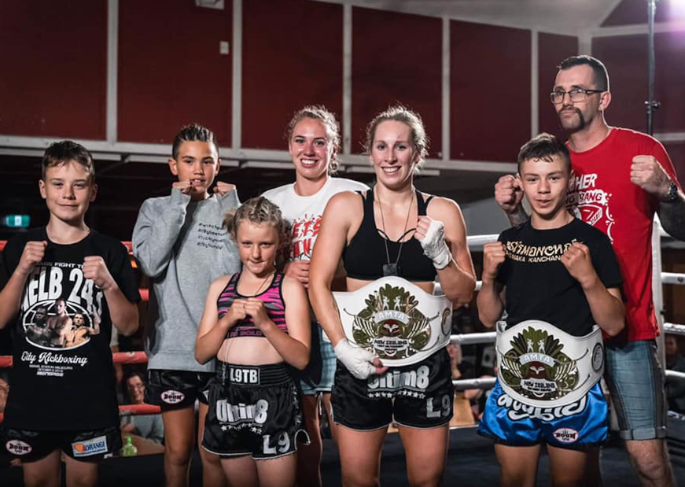 Lucky Nine has always been a heavily female-focused gym, in some ways it made sense having a female coach because I can relate to the fighters a bit better.

He approached me about the idea, and I totally went for it!

Thank you for the interview Kaitlyn, and all the best for your next fight on June 26!