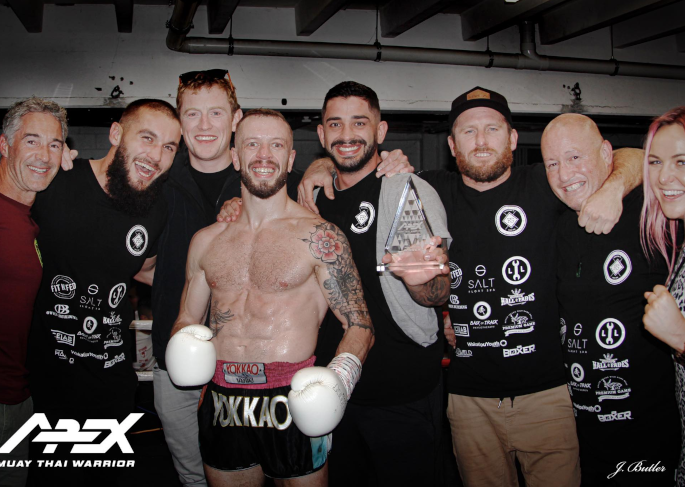 Rob Horrocks and his Fight Science team-mates after his bout at Apex MTW2 on May 1 (photo: J Butler)

The countdown is on to the grand final of the 64kg Apex Muay Thai Warrior League on September 4.

"We are also excited to start the journey on the 62kg Muay Thai Warrior League that night," a post on the Muay Thai NZ Forums Facebook page reads.

After defeating Yassin Yass at Apex Muay Thai back in May, Rob Horrocks is now setting his sights on his next opponent, Travis Schwitzer.

On Saturday, May 1, Horrocks defeated Yassin Yass to advance to the final of the Apex Muay Thai Warrior Series 64kg division.

He will face Travis Schwitzer in the final bout on September 4. The event is available for replay on Fight News.