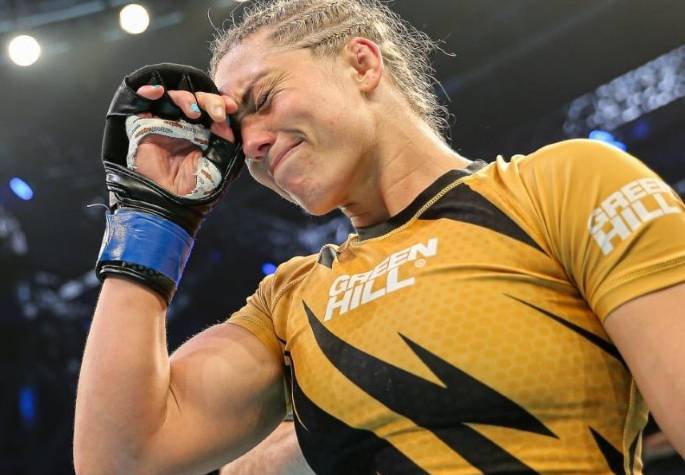 New Zealand’s Michelle Montague is one of IMMAF’s rising stars to watch ahead of the 2021 Senior European Open Championships which takes place next month in Kazan, Russia from August 16 – 20.

Training at City Kickboxing, home to UFC stars such as Israel Adesanya and Dan Hooker, the 27-year-old’s dominance in IMMAF’s women’s lightweight division speaks for itself.

She currently ranks at #1 in her weight class in the World Amateur MMA rankings and stands as number #3 pound-for-pound.

To boot, Montague won both Best Female Athlete & Best Performance in the 2020 World Amateur MMA Awards. The stand-out’s credentials extend beyond MMA to wrestling, where she holds a place on the New Zealand Olympic Team.

Growing up on a farm in Matamata, New Zealand, Michelle began playing rugby at four, became a regional representative player for Waikato and aimed to play for the New Zealand national team. For her, a nine to five desk job was never an option.

"I have always been physical because I grew up on a farm, and helping on the farm was what I did. No desk jobs, that's for sure, never ‘just a job’."

The rising star took up MMA in 2015 after coming across Youtube clips of the sport and her interest was piqued to explore the sport first hand.

"For me, seeing the takedowns and throws, the ways you can win, it's not just that you can win by knocking them out or points; it was like TKOs, submissions, throws, so all of that. I was, 'Wow, I need to learn this’.”

A quick google search led her to Core MMA, and after her first lesson, there was no looking back for her.

For most people, competing in one sport is hard enough, but for the first two years of her MMA career, Montague continued to play rugby.

"I used to play rugby games, then go to Auckland to do grappling competitions in the afternoon, drive two and a half hours after playing a full eighty-minute game. I just loved them both that much."

Montague's skills on the rugby field saw her earn regional representative honors and a call-up to the national squad was on the horizon.

Outside of her sporting success, she was also set to attend the Royal New Zealand Police College after excelling in her recruitment tests.

However, two leg-breaks over two years forced her to make a decision about where her future lay:

"It was kind of like, I am either following that path or I am following mixed martial arts."

After determining to focus on MMA, Montague's career has gone from strength to strength. The opportunities that MMA and IMMAF have given her, both personally and competitively, have been life-changing.

"Travelling in general, whether it's for sport or not, you grow hugely. Whether it's to be a hippy or not, you learn other cultures, you become more aware of other cultures and people. You just meet people from all walks of life, so for me, with this sport, it's that but on steroids."

Montague says, "I think that knowledge is priceless. The way we are going about learning it, by competing there and then being respectful afterwards and dealing with an amateur federation that does drug testing. Everything is all so by the book, [it is] massive for mental growth and maturity as a person."

The arrival of Covid-19 last year saw Montague, like many of her peers, undergo a period of lockdown, but she refused to let the pandemic interfere with her development.

“I was able to train pretty well through that [lockdown].We made a little dojo at home and we were able to train."

Montague's ascent from MMA novice to IMMAF's top female athlete has been fuelled by tremendous drive and determination, as well as exceptional talent.

Her return to elite competition is something that MMA fans should definitely be keeping an eye on.