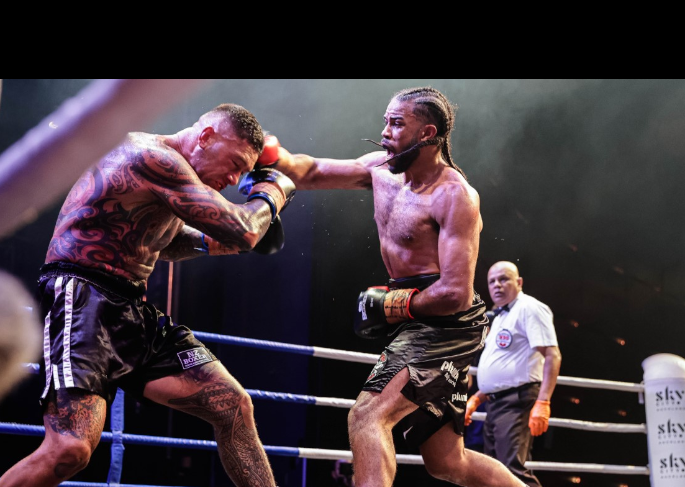 Undefeated light heavyweight Jerome Pampellone (7-0) will look to continue his run of fine form when he takes on Joshua Tai (5-13) this week in the main event of P3"s Friday Night Fights, which will be held at Auckland's SkyCity Theatre.

After an impressive amateur career, Pampellone entered the pro ranks last December and gained widespread attention for himself with a first-round stoppage victory over Antz Amouta on the Joseph Parker- Junior Fa undercard.

The 25-year-old comes into this week's clash with an unblemished record and is looking forward to the bright lights that come with performing on the big stage.

"It's exciting, P3 is a great event, so I am happy to be the main event," Pampellone said.

The Isaac Peach-trained fighter locked horns with Tai earlier in the year, walking away with a hard-fought unanimous decision win. However, Pampellone expects Tai would have learned a few lessons from their previous clash and will enter the ring on Friday, with some new tricks up his sleeve.

"He [Tai] will come with something different because it's a rematch, so he is doing the same as I am doing, I am trying to be better for the next fight, and I am looking forward to it," he noted.

" He [Tai]is a hard opponent who keeps coming forward. I just need to work on my feet, work on having a solid jab, and then show all the hard work I am putting in.

Pampellone is always looking to improve on past performances and knows exactly what areas he wants to focus on when the opening bell sounds on Friday.

Pampellone will not be the only Peach Boxing fighter on the card, with stablemate Erin Walsh and Dylan Wright also set to step into the squared circle. Walsh will kick off the televised portion of the card when she takes on Christine Gillespie in an amateur lightweight clash, while Wright will face off against Jerome Pascua in a pro light heavyweight bout.

" In the changing room, we are all together, and it's just like being at training and bringing that training vibe into the fight and fighting hard," Pampellone said, talking about having his teammates on the card.

This week's clash will be Pampellone's eighth bout in as many months. It is a busy schedule, but the West Auckland fighter is enjoying the pace at which his career is developing.

"Fighting is the best part; if I keep fighting, I am happy."

P3's Friday Night Fights will be live on Sky Sport 1 starting at 7:30. Fans can also purchase tickets by clicking on this link.