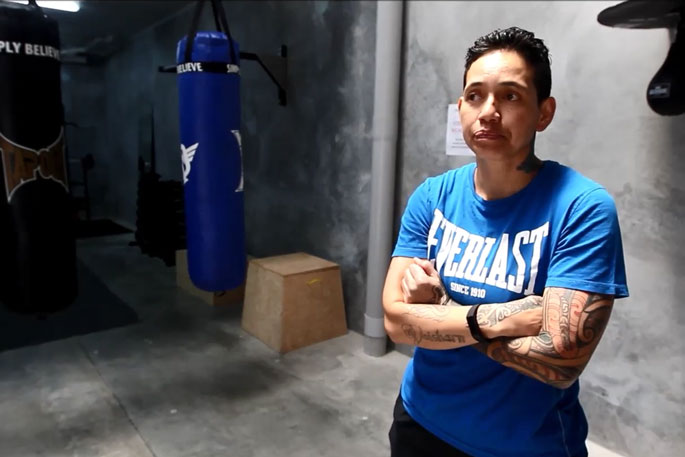 Retired professional boxer Diane Beazley will be promoting her first boxing event this Saturday at the Waikato Indian Association in Hamilton.

Beazley is a 2009 New Zealand National Amateur Champion and made her professional boxing debut in 2019.

Due to Covid slowing all boxing down, Beazley decided to retire, but she still has the itch to get back into the ring.

She is very well known for being the first-ever New Zealand-born LGBT boxer.

She makes a lot of contributions in New Zealand boxing, including owning her own gym “Beazley Boxing Gym” alongside her wife Tasha Wallace.

Since retirement, she spends most of her time supporting the boxing community and growing the sport in the amateur division.

Part of that is creating a boxing event for boxers to compete on.

This weekend's event will be the first boxing event she has put together.

It will feature a variety of boxers from amateur boxing to corporate boxing, with the evening finishing with a professional boxing bout.

Both boxers are experienced in fighting one way or another, with Pikiao fighting in amateur and corporate boxing and Arapeta Wirohiko fighting in MMA.

The Waikato region in New Zealand has been developing some good boxers recently, with the sport of boxing slowly growing.

This is due to the rise of multiple boxers in New Zealand, especially David Nyika who is competing at the Olympics.

New Zealand is definitely a bandwagon country, where if we do well in a sport we jump on board to show our support.

Beazley's Pakanga Fight Night will be happening this Saturday, July 31, at the Waikato Indian Association.

The amateur boxing session starts at 9am.