Jordan Smart making his mark one fight at a time 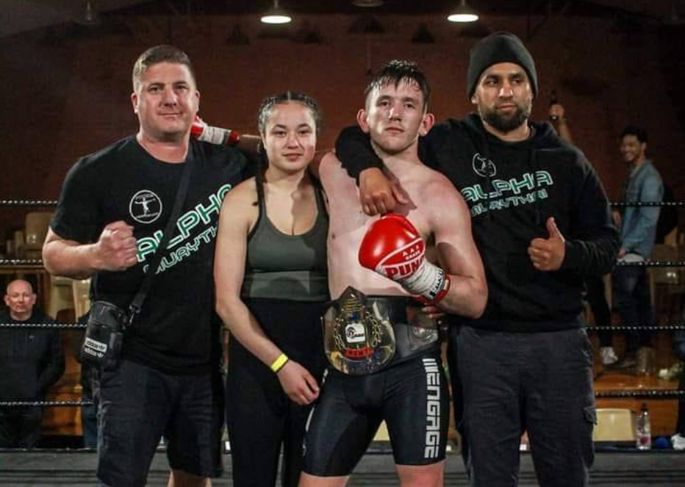 Starting his fight journey in 2017, Jordan Smart has achieved more than most, and he isn’t finished yet.

Fighting across Muay Thai & MMA, Jordan has made his mark in Muay Thai, being a NZ multi-title holder, and he is ready to do the same in MMA.

Jordan is passionate about bringing the Wellington fight community together; to grow as one and take over New Zealand; one fight at a time.

Hi Jordan, thanks for your time today. We are really excited to catch up with you. You’ve been on the fight circuit for a comparatively short time compared to others. How did you get your start?

I moved to Melbourne in 2017 and I just wanted to meet people. I moved for a lifestyle change and knew no one, so I thought I’d join something but something I’d never done before. I ended up going to Absolute MMA, had one session, and loved it! Signed up on the spot for a full membership and never looked back.

I was training for about 10 months before my first fight. In four years I’ve managed to get where I am because I have coaches that put effort into me, which I am so grateful for. My trainers at Absolute still check in on me, and I have amazing coaches both at Mai Dojo and Alpha Muay Thai.

What do you prefer?

MMA is my go-to. With MMA, even though I’ve got my Muay Thai, I’m really comfortable anywhere in the cage. I do a lot of jujitsu at Mai Dojo with some really technical guys. All that training has made me comfortable on the ground, and that makes my striking better because I’m not worried about the takedown.

What fights have you got lined up for this year?

I’ve got my NZMF title defense on Rumble on 6 August against Lucas McAdam. I’m really looking forward to it. I am so focused on this.

No fighter really enjoys losing, but we all have at some point. How do you focus on the positive stuff when it comes to losses?

In my last MMA fight I fought against Prashanth Guda Oliver who is an experienced amateur. Even though the decision didn’t go my way, there were some great things I got out of it. He wasn’t able to take me down once, he tried a lot, but couldn’t do it.

It is what it is at the end of the day, but it puts fire in your belly. For me it gives me the motivation to train harder and to keep building up my skills.

Have you ever had times where it’s been quite difficult to motivate yourself to train?

You know recently it’s been hard to get back into it after my last two fights and the way the decisions went. There are times when I disagree with the decision so much that it makes me hate fighting. Look, if I lose, I lose – I have no problem in that at all, but when in my heart I know I’m not getting a fair shot at something it is discouraging.

At the end of the day there may be a little lull, but I lean on my coaches and teammates, and they are great at helping me get back into it and keep growing.

I wanted to be the first to bring home an MMA title to Wellington, to help grow my club too. MMA in Wellington rests on results! I want to see Wellington grow in MMA; we’ve got the talent here & we can beat the competition. 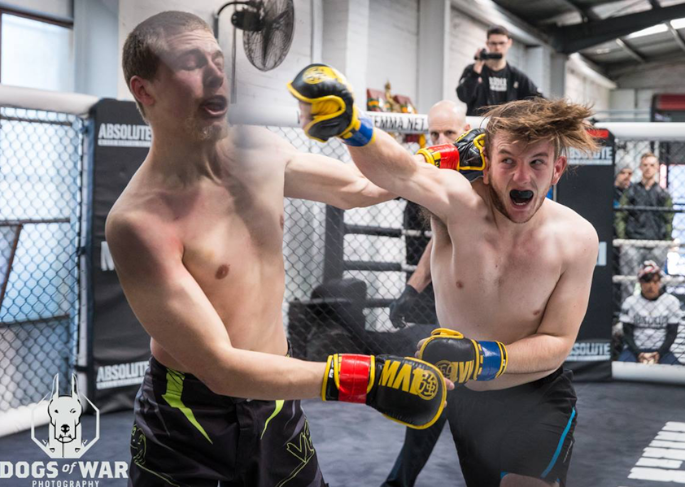 Have you got any fights you’d like to have lined up?

My last two MMA fights in Auckland have been tough decisions - both split decision losses. The judging for a Wellington based fighter up there is tough. I would love to have a rematch in Wellington. I’d love to see MMA in Wellington – our gyms need to come together and make it happen! We have the talent here.

You know Capital Punishment on November 20 will have a caged ring?

Sign me up! That is awesome. I don’t think I’ve seen an MMA fight in Wellington.

King in the Ring; 62kg 8-man. I deserve to be in there. To fight someone like Nikora Lee-Kingi who has won it multiple times…someone has to stop him and I’m the guy for that.

Actually, to even fight Nikora or Dominic Reed on a normal show would definitely interest me. They are great fighters and seem like awesome guys too.

Thanks for your time, Jordan. And best of luck for your title defense on August 6!

If you are keen to check out the action at Rumble on August 6, tickets are almost sold out but if there are any left you can buy yours by contacting Razor Promotions.