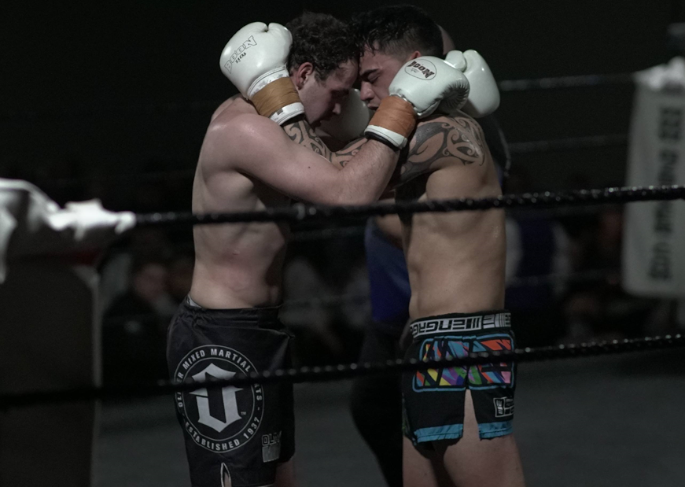 The August instalment of Rumble in Lower Hutt City on August 6 did not disappoint.

The night showcased some of the best established & up and coming athletes in the Muay Thai community.

A standout on this show was the level of sportsmanship and respect each fighter showed their opponent, with fights starting and ending with positive acknowledgement - despite the stakes & outcome.

The headlining match-up was a 3x3 minute King In The Ring rules fight between Adam “Fancy” Manisy of Alpha Muay Thai and Yuri Mamic of Urban Sport.

Round 1 started energetically, with both fighters using their strong boxing abilities. Manisy held center ring, feeling out Mamic who was busily keeping Manisy at bay.

The round ended with Manisy launching forward with a furious combination of punches which had the crowd on their feet.

In Round 2 Manisy amped up the volume, leading with leg kicks and shutting down Mamic with clinch and sweeps each time Mamic advanced. 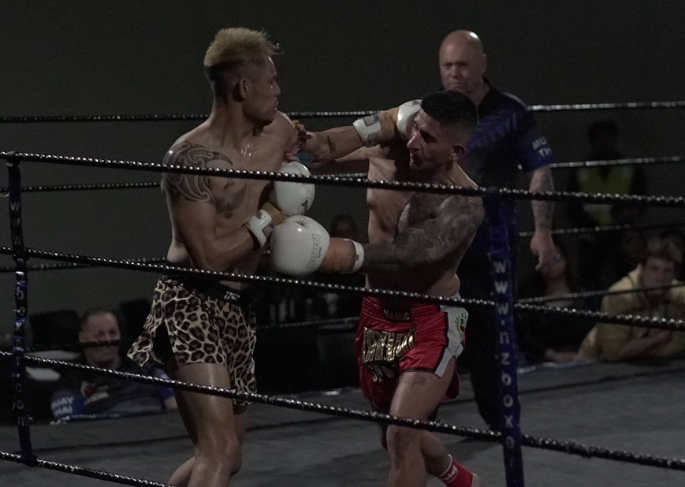 Round 3, both Manisy and Mamic fall back on utilizing their boxing. Mamic blocks a head kick and swiftly replies with a left hook that Manisy cleanly avoids.

The heat is on in the seconds, Manisy picks up the aggression and the fight ends with Manisy leading with slick straight punches and a flying knee. Manisy wins by Unanimous Decision.

The NZMF Middleweight Title match between Corin Braddick of Oliver MMA, and Tony Jaggard of Mana Muay Thai was a fast and technical fight. 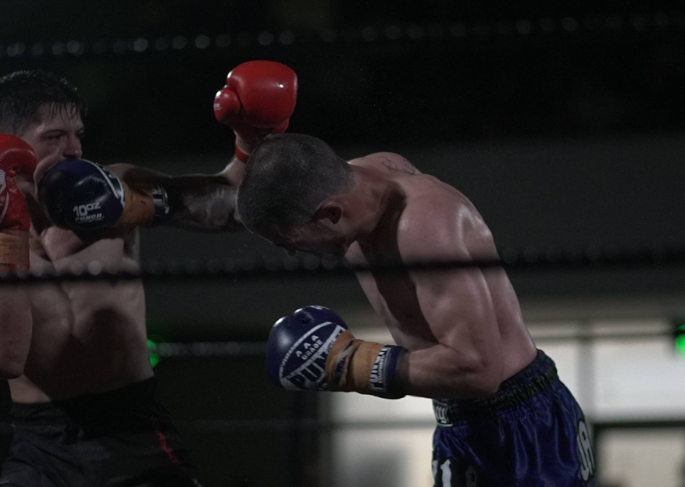 Jaggard remained busy through all five rounds, effectively hiding kicks under the guise of punches. Round 1 started with Jaggard landing a head kick which drew excited yells from the crowd.

In Round 2 Braddick appeared to find his stride, anticipating a spinning back fist by Jaggard and replying with swift leg kicks.

Braddick showed his clinch skills managing to sweep Jaggard in every interaction.

The pace picked up in Rounds 3 and 4, with both men advancing on each other with straight punches and low kicks.

Jaggard continued to aim for the spinning back fist which he was successful in landing across Braddick’s jaw. Braddick’s composure never waned.

The final round was thrilling, with both men looking for the knockout.

Braddick mixed it up with a combination of punches and kicks, and Jaggard looked straight for the clinch, throwing multiple knees.

In the end Jaggard’s use of reach and consistent activity gave him the win by Unanimous decision.

Round 1 started with Vitalinano remaining out of reach of Murray.

Vitalinano dodged a head kick by Murray and returns with a barrage of combination punches.

Murray responded in kind, managing to knock Vitaliano down with a straight right. Both men displayed evenly matched aggression as the rounds continued, stunning the other in ongoing confrontations. Murray wins by Unanimous Decision.

Jordan Smart, Alpha Muay Thai defended his NZMF Lightweight Title against Lucas McAdam of Jackals Martial Arts. The 5x2 minute round bout was close between both fighters. McAdam was agile and active, while Smart tracked and effectively countered McAdam.

In each round both fighters remained busy, the pace evenly matched. McAdam used his lateral movement to evade Smart.

Smart employed crisp straight punches to counter McAdam and keep him on the outside. A close fight, but Smart takes the win by Split Decision.

Fight of the night honors goes to Toss Rameka, Alpha Muay Thai and Noah Shepherd, Fight Science. The amateur bout had the crowd on their feet from the first bell.

Round 1 began with Shepherd advancing strongly against Rameka. A head kick landed by Rameka knocks Shepherd down. This seems to electrify Rameka, who amps up the match with more head kicks and overhands.

Round 2 starts frantically, Rameka looks for more opportunities to land a head kick, Shepherd retorts with wild combination punches. Rameka is bleeding and looking for the knockout. Shepherd advances towards Rameka with heavy blows, Rameka calculates his timing with a straight right which knocks Shepherd down. Rameka wins by TKO in Round 2.

The full results of the event are given below: