Michaela “Hurricane” Jenkins: Gotta fight the best to be the best 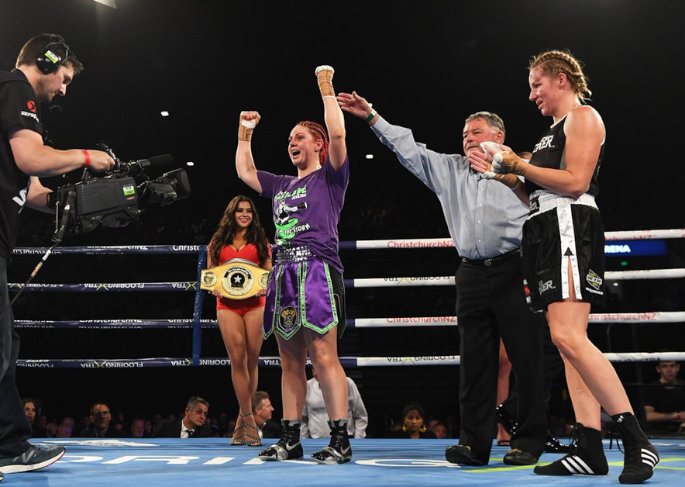 Michaela Jenkins fell quiet on the fight scene after winning the Welterweight Pro Box title in her boxing debut in December 2018.

In fact, Jenkins has been busy raising her son, Alexandré, who she later discovered she was 7 weeks pregnant with at the time of her title fight.

Now Jenkins is back and better than ever. Single handedly being a mum, working as a spinal injury carer, and fitting in training multiple times per day across kickboxing and boxing disciplines is no easy feat, yet Jenkins juggles it all and takes it in her stride.

Jenkins recently returned to the boxing ring, challenging Mea Motu for the vacant NZPBC super lightweight title. She says her first fight with Motu made her enjoy fighting more than ever, “I walked away wanting more rounds. The experience was awesome – even though I didn’t win, and I almost got knocked out in the first round”. She says her mentality to get her through almost being knocked out yet still coming back made her realize she was stronger than she thought, “I could have dropped to my knees, and no one would have thought anything about it”.

Her experience with Motu has made her reevaluate her career in boxing. She says going into pro-boxing was originally just to fill in ring time, but now feels confident enough to consider serious careers in both boxing and kickboxing. “I don’t have to choose – I can do both. Two different sports and techniques, but I now know more about what I need to differentiate between the two”. 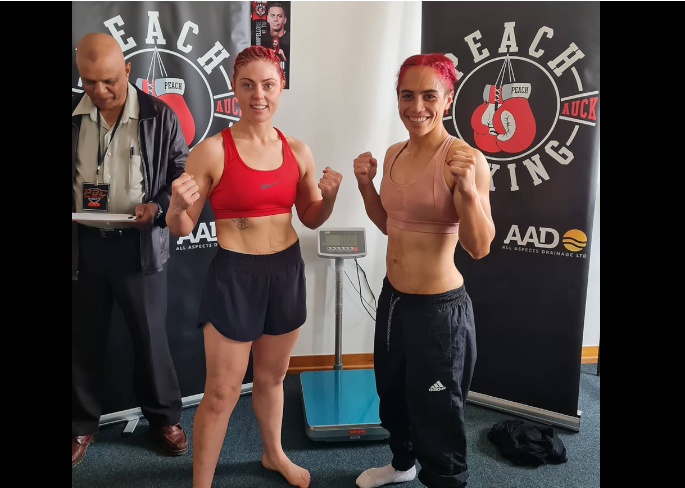 Jenkins self-professes that she is not a boxer and getting hit in the head all the time isn’t fun, but in fighting Motu, Jenkins now loves fighting more than ever.

“She was a good opponent for me. We both had to fight. It wasn’t just one chasing down the other…You always learn from your losses more than your wins. I now know more about what I need to do going into my next boxing fight”.

Reflecting on some other enjoyable experiences of her fight career, Jenkins says her title fight for the K1 South Island title against Fi Simms is a standout, saying they were well matched opponents who gave each other five rounds of tough work right up until the end.

After having her son in 2019, Jenkins took some time away from the gym but returned in 2020. She credits training for not only keeping her organized but also how it’s helped her mental health, saying training makes her feel she has a purpose outside of being a mum as it gives her the ability to concentrate purely on herself. Jenkins is also setting an example for her son at his young age, “I want to show Alexandré that you work hard for your dreams…That you persist on it. I see it in his personality now and I can tell he is watching!”.

Jenkins has found coming back to training after a baby difficult, “I was used to being fit and strong, I struggled with everything and had gained weight having a baby. Even after losing weight and getting a bit fitter I still couldn’t keep up with the boys and I thought ‘I’m never going to be able to get back into the ring’, but that challenged me, and it made me realize I love it”. 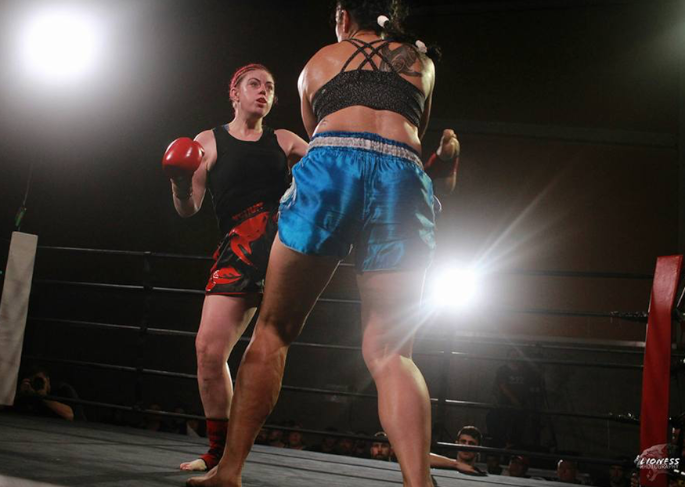 On top of returning to the ring, Jenkins made the call to drop down a weight class saying it was her experience that no one was saying yes to welterweight, “All the girls I want to fight are that weight – Macca Jean, Melody Downs, to name a few. It’s the best condition I’ve been in my entire life. It’s amazing that I’ve come back from having a baby and then dropped a weight class”.

Jenkins doesn’t credit the success she’s had in recent months purely to herself. She says her coaches, trainers, sparring partners have all made it possible for her to effectively train while having her son with her. “I am so lucky to have the team that I do. They support me so much, coming back to training and encouraging me daily. They all help and teach my boy to stay off the mats and get him comfortable being at training. They also help teach him the sport and include him so I can easily train. They are absolutely amazing”.

In having such a strong team backing her, Jenkins feels she is able to achieve anything. Jenkins’ ultimate goal to is to fight in big promotions overseas like Glory. She says learning and fighting full Thai rules in next year is the next big step. Once the travel bubble opens up fully, Jenkins has her eyes firmly set on Australia. No goal will be too small or too big as Jenkins aims to be the best by taking on the best.