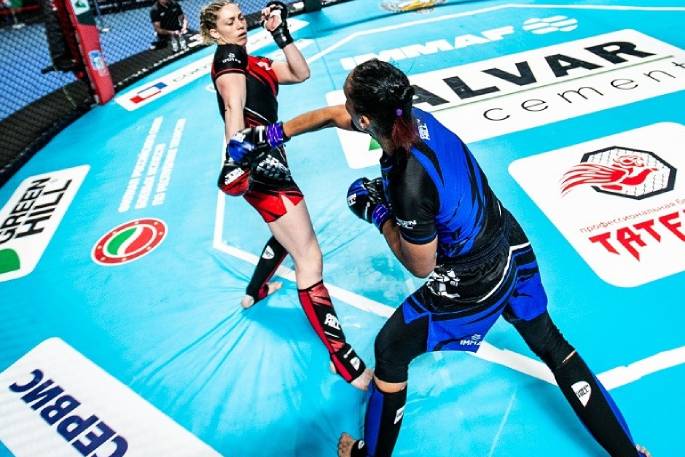 New Zealand's Michelle Montague is moving onto the semi-finals of the IMMAF competition. Photo: IMMAF>

Dropping down from lightweight, the New Zealand fighter overcame Russia’s Elena Vetrova by TKO in the women’s featherweight division.

She took Veltrova down in the second round, with some heavy ground and pound work on day three of the IMMAF competition.

“It’s been another stunning day of action from IMMAF’s athletes and great to see that our 2019 medallists have lost neither their hunger nor their edge over the break caused by the pandemic," says IMMAF president Kerrith Brown.

"With the level of skill and athleticism all the athletes have been bringing, despite a tremendously challenging time for sport, they have demonstrated true heart, endurance and a strong martial arts spirit.”

Montague will now move into the semi-finals.

The tournaments are being live-streamed daily on immaf.tv from two MMA rings, starting at 11am (UTC) with an estimated daily runtime of six hours.