Hayden “Tat North” Todd: Proof That Hard Work And Discipline Will Get You Everywhere 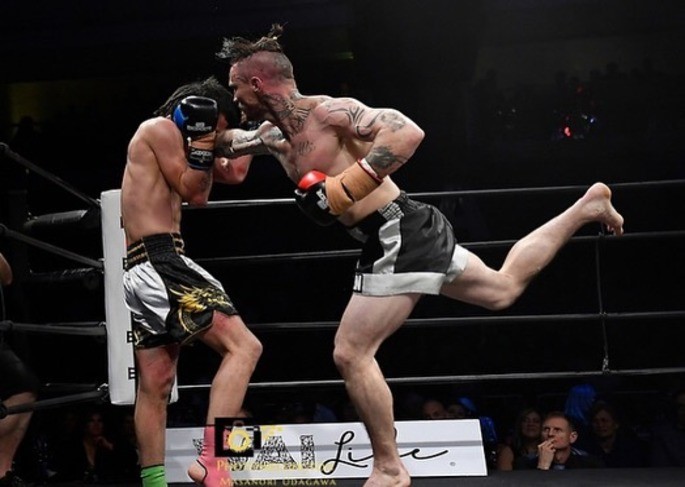 Hayden Todd is certainly no stranger to the ring. Fighting over the past 12 years, Todd as racked up an impressive 54 fights which has taken him far and wide across the country and overseas.

The currently ranked NZ No.1 cruiserweight has his name in the running for the King In The Ring scheduled in November. Fight News catches up with Todd for some insight into lockdown training and mentality ahead of his next matches.

Hi Hayden, good to catch up with you! You've had a significant fight career - why did you start?

I was a little off the rails and doing nothing with myself. I had just had my second daughter and my son was on the way. I wanted to do something my kids would be proud of and look up to me.

An opportunity came about to go with a friend to try out Strikeforce Gym. Then a few weeks later I went to a show and watched some of the crew fight. That’s when I knew this was what I wanted to do.

You’ve got your name on the upcoming King In The Ring, and this certainly won’t be your first time! How have you found training during a COVID lockdown?

I’ve actually decided to not do any Muay Thai training at all. Over the last few years since running a gym I actually haven’t had a break; I normally train even through the Christmas holidays.

So this lock down I’ve approached it differently. I’ve been running and hitting weights. The break has actually been really good, but I’m over it and miss the crew and am looking forward to feeling like death after hitting some pads!

How do you manage your mentality going into these big events? Nerves and pressure?

I usually try remembering what I’ve accomplished already. My first time in KITR my corner reminded me all this and told me what I needed to hear. It wasn’t until I got to the final I was like… I can actually do this!

That was long time ago though and now I don’t normally get nerves. If I do it’s not until fight day. I have a process on fight day; I’ll have a nap, then wake up and start my process and that’s when it usually hits home that…it’s on!

All that disappears the moment I step in the ring, fighting is weird like that. 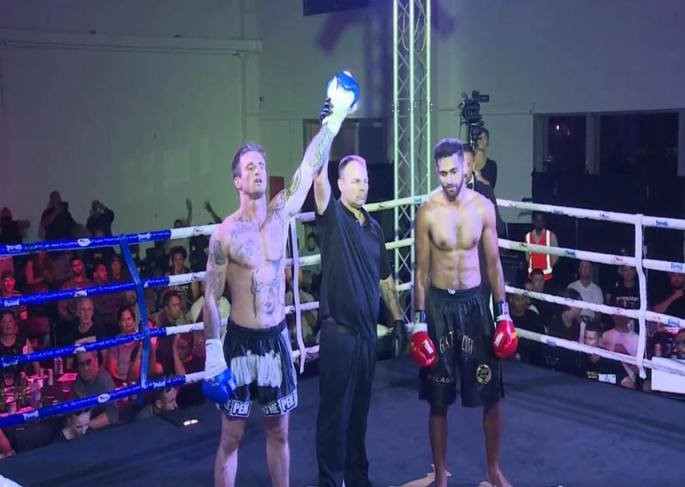 Do you have any memorable fights?

Of course me and Blood Diamond … earlier that year we were roommates in China for few weeks and spoke about us fighting one day. I said to him “We’re same weight bro, must be our turn soon aye”, Bloods responded “Yea bro, and when we do well put on a show”, well sure enough we were matched, and you bet we did!

I always did want another scrap with him, and it almost happened last year, but now he’s signed so I guess I’ll just try fight KITR that’s my only goal right now. The feeling you have after 1 fight win or lose, imagine that times 3, it’s such a buzz so keen to do that again.

You’re a plant-based athlete…Tell us a bit about the change and how this has assisted your training.

I’ve been plant based I think 4 years now. It wasn’t overnight, and it did take a few months to become 100 per cent vegetarian.

I don’t think I’ve felt a massive difference when it comes to training however my energy levels are generally better. It has made weight a lot easier to manage in the lead up to fights.

The good thing about being plant-based is that there is so little decent vegetarian fast food available, that I’m finding my diet is almost good. It definitely took some getting used to but it’s incredible how much other flavours you notice once meat is removed.

Aside from KITR, any future plans?

Once Covid is sorted I’d like to have a few more fights overseas then I think that will be it from me. I had just confirmed a fight in Peru few weeks before Covid hit last year, so would love another shot at getting to do that.

Hayden, thank you very much for your time today and the best of luck for your upcoming fights!