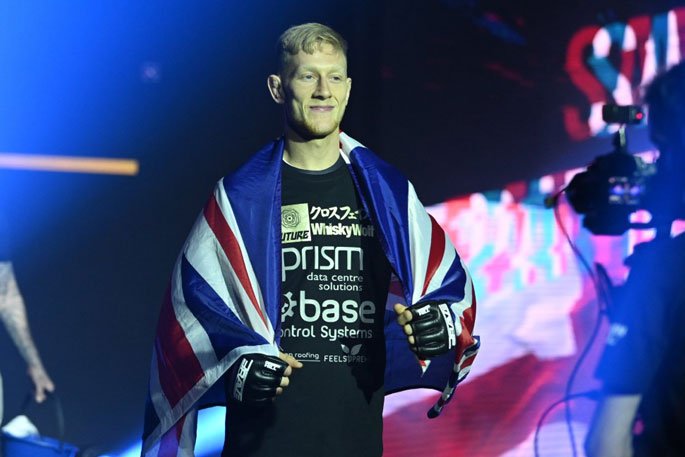 A decisive finish inside the mixed martial arts cage has always been at the top of Sam “The Future" Patterson’s priority list ever since he kick started his professional career in 2017, but his streak of scintillating stoppages came to an end when he faced a stiff test most recently.

The 25-year-old spitfire from Walford, England went the distance with Ylies Djiroun in a classic back-and-forth encounter at BRAVE CF 51 this past June, but he managed to prevail over his opponent and eke out a three-round unanimous decision.

Though his performance against Djiroun allowed him to extend his winning streak to six fights, Patterson seeks to win over the fans again by clinching a victory either via knockout or submission when he returns to action on November 6.

Patterson is penciled to duke it out with hometown favorite Kamil Magomedov at the highly-anticipated BRAVE CF 55, which emanates from the beautiful Russian city of Rostov-on-Don.

"The finish, I'm coming to finish. I'm not a decision fighter. I always look for the finish,” he stated.

“The Future” is ascending up the organization’s lightweight ranks, but in order for him to reach the next level, he must defeat a tough opponent in Magomedov - who possesses a 14-1 slate and has not tasted defeat since 2017.

"I wasn't expecting someone who will have a similar record of mine. It had to be at least someone with double the amount of wins that I have. I was expecting that. Kamil is a high-level opponent,” Patterson said of Magomedov.

Despite the vast difference in terms of competitive experience, Patterson believes that his physical attributes will play a pivotal factor in his three-round cage encounter against Mogomedov.

"If I go in there and do what I do, it doesn't really matter what everyone does and whoever is in front of me,” he stressed. "My height, range, and how I use it is my advantage"

“I will go in there, beat him and double the number of wins I've got.

BRAVE CF 55 will be headlined by a Flyweight Tournament semi-finals clash between Jose "Shorty" Torres and Ali "Puncher King" Bagautinov in Rostov-On-Don, Russia in association with PRO FC on November 6th and will be broadcasted live at 1:00PM GMT on BRAVE CF TV (bravecftv.com)