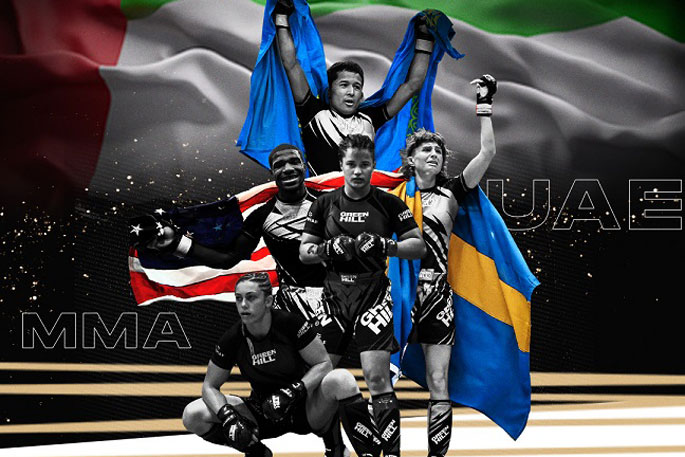 The International Mixed Martial Arts Federation is rescheduling its 2021 IMMAF World Championships to Abu Dhabi from January 24 to January 29, 2022.

This follows the earlier cancellation of the event (due to the pandemic), which was to be originally held in Kazakhstan.

Hosted by the UAE Jiu-Jitsu and MMA Federation, with the support of the Abu Dhabi Sports Council and in partnership with Palms Sports, the senior and junior nations tournaments will now take place at the Jiu-Jitsu Arena in Zayed Sports City, near UFC Fight Island (Yas Island).

IMMAF’s flagship annual event in 2019 attracted around 450 athletes from 49 nations, before Covid-19 put a stop to IMMAF championships in 2020, making this the first IMMAF Worlds in two years.

Returning medallists and new rising stars have made their mark this year at the IMMAF European Championships and World Cup Prague, establishing compelling rivalries expected to play out at a highly competitive World Championships, which will be broadcast globally.

With IMMAF continental tournaments closing in 2022 to athletes from outside the host continent, the World Championships will be IMMAF’s sole premier tier competition open to seniors and juniors from all around the world. Registration for the Worlds is to open for athletes from IMMAF nations shortly.

“The UAE has become a beacon of culture, sports, economy and civilization, achieving a pioneering role in various fields of life. There is hardly a day without a celebration of a scientific, cultural, economic or political event. Today, we celebrate with you the announcement of hosting the 2021 IMMAF Senior and Junior World Championships, which will be held next January in Abu Dhabi," says UAEMMAF President Abdulmunem Al Hashmi.

“Our beloved Abu Dhabi has established its international status as the new capital of mixed martial arts and has become synonymous with the sport, attracting MMA’s superstars, professional fighters and emerging athletes from all over the world, who aspire to make a name for themselves in this field.

"With the many prominent partnerships between Abu Dhabi and a large number of major international mixed martial arts organisations, led by the UFC, in addition to the UAE Warriors Championship Series, we are pleased to add a new partnership to this distinguished list with the International Mixed Martial Arts Federation, which decided to grant Abu Dhabi the right to organize the 2021 World Amateur MMA Championships to consolidate our capabilities and our position in this context.

“This achievement has a special place in our hearts, especially that the MMA Committee of the UAE Jiu-Jitsu and Mixed Martial Arts Federation has only been established less than 6 months ago, which consolidates the global reputation that the UAE earned in the sport of mixed martial arts.

“The Emirati Sports ecosystem is blessed with the generous support of our leaders, without which none of these world-renowned achievements would have been possible. Our leading Jiu-Jitsu model was inspired from the prudent vision of His Highness Sheikh Mohamed bin Zayed Al Nahyan, the patron of sports and athletes. This, in turn, lays a great responsibility on our shoulders to seek prominence and always aspire for the first place.”

“The partnership has paved the way for hosting the IMMAF Youth World Championships for the next three years, contributing in strengthening Abu Dhabi's position in organizing major sporting events globally,” HE Al Awani said.

“Abu Dhabi Sports Council attaches great importance in providing all forms of support and the reasons for the success of these prestigious events.”

Palms Sports CEO Fouad Darwish says over the past five years, Palms Sports leveraged its leading position in the world of Jiu-Jitsu and our unique relation with the UAE Jiu-Jitsu Federation and added Mixed Martial Arts to our portfolio in 2019.

"Since then, we built on our strengths and managed to develop the professional MMA scene. Our flagship promotion, UAE Warriors, is bringing MMA closer to the local, regional and international audience. In developing the amateur MMA scene, we are fully engaged and preparing to take it all to the next level.

“The level of sporting infrastructure that is in place in Abu Dhabi is second to none, and we witnessed all that when the capital hosted a number of events during the pandemic.

"We have recently signed a tripartite agreement with the Department of Culture and Tourism - Abu Dhabi and the UAE Jiu-Jitsu and Mixed Martial Arts Federation to back our ambitious plans to make the UAE capital the global centre of Mixed Martial Arts.

“Abu Dhabi has become synonymous with world-class cultural and sports events, and hosting the 2021 IMMAF Senior and Junior World Championships next year, in addition to the Youth Worlds for the next three years, will add to the city’s recognition as the new capital of mixed martial arts.”

"I would like to also thank Fouad Darwish of Palms Sports, Mohammed Al Hosani of the UAEMMAF and IMMAF Board Director Wissam Abi Nader for their extensive efforts to facilitate these deals.

“Our shared commitment to the vision of developing MMA in the UAE and internationally is very powerful and has vast potential. We at IMMAF are grateful for these opportunities and are excited for the future growth of our sport and its talent in the region. I invite IMMAF’s national federations and teams from around the world to come to Abu Dhabi in January for IMMAF’s greatest championships yet.”