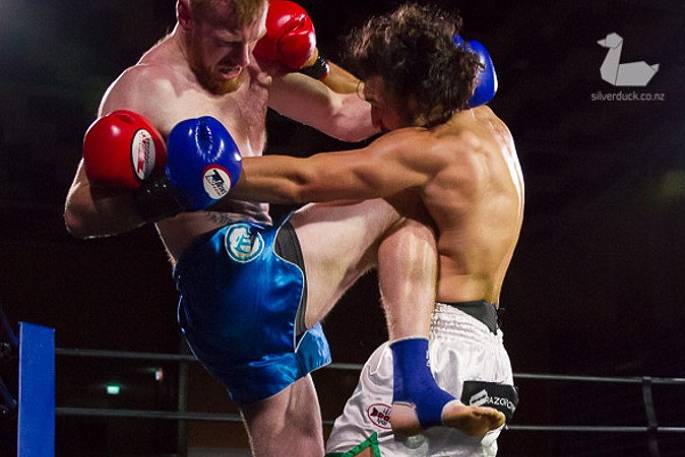 Angus Lindsay is no stranger to the ring, the former New Zealand champion has racked up an impressive 22 bouts in his Muay Thai career.

Lindsay’s last match was in 2017, after which he decided to take a step back and focus on study, coaching, and transitioning into CrossFit.

Lindsay made a split decision to enter the NZMF Nationals which took place in Wellington on October 30, 2021, and successfully came away with the 86kg National Title.

Fight News catches up with Lindsay to talk about the experience.

Hi Angus, thanks for talking with us! You had a big weekend last month – congratulations on your title! You've had a significant fight career - why did you start?

I've had about twenty-two fights, mostly full Thai rules. I originally started after high-school to lose weight and get fit.

I began my journey at the Combat Room, which was being run by at the time by Peter Bailey. I never imagined that I'd fight, but Pete encouraged me to jump in there for a novice fight and from then I was hooked. I had around eleven fights for Combat Room before moving on to MTI under Mark Hampton. There I picked up an NZ title and had some good scraps over the years.

I've battled a few injuries (like we all have) which have kept me out and I've had a lot of unlucky pull-outs over the years, that's the game though.

Your last Muay Thai fight was in 2017. You made a somewhat secret comeback at the NZMF Nationals tournament this past weekend - and won! What made you decide to get back in the ring?

Nationals last week was a really sporadic decision. I'd been focusing more on CrossFit, and just helping out coaching the fighters at MTI for the past four years or so.

With Waikato being in lockdown, the CrossFit Team Nationals that I was going to compete in over labour weekend were moved online. I was already pretty fit anyway, but I hadn't done any significant Muay Thai training for years.

My partner, Brit Finucci was training for the NZMF Nationals anyway, so I decided to get in on it and test myself. Two weeks of two per day trainings with Mark and the team that are preparing for the November Capital Punishment show, and some extra work with Zen Neethling was able to get me in okay shape!

How did you find the experience?

It felt like fighting for the first time again!

I had two fights. Both fights gave me something different, the first was calmer and technical, I relied a lot on counter-fighting - something I'm not known for. The second fight (which was against a fresh opponent as he got seeded into the finals without having to fight) was a bit tougher, my leg was a bit stuffed from checking and kicking in the first fight so I didn't have much movement. Luckily, I was able to use my clinch and elbows to grind out a win.

It was mean to get back in there! 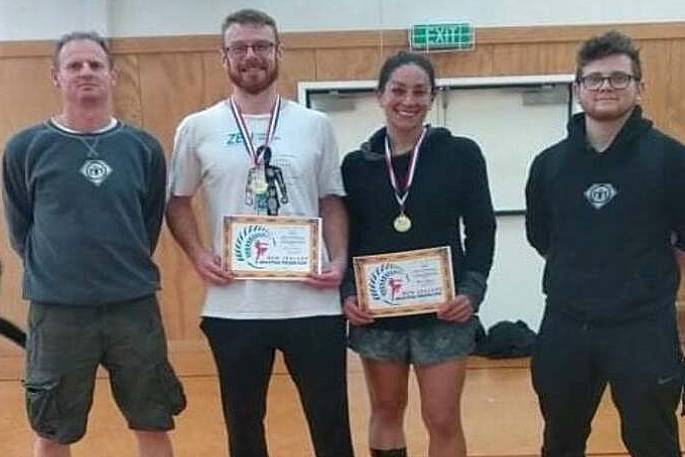 During your time away from Muay Thai you’ve actively competed in CrossFit. How did you find the transition back to Muay Thai?

The first week of training was really hard! My body was pretty sore after the change in training, but I felt myself become more balanced between each session. It didn't take too long to feel okay again.

What is your most favourite or memorable fight to date?

I think that's a toss-up between my WKA title fight with Craig Turner and my last fight before my hiatus in a four-man with Brendan Wallace.

In both of these fights I was the most nervous that I'd ever been. Both of these men hit me like a truck - I still don't know how hits harder out of the two. Brendan knocked me out in the dying moments of round three after I'd put a bit of a beating on him, but he never gave up. He had the biggest heart and it paid off! Craig also showed massive heart and kept pushing me right until the end of the five rounds, even though I dropped him for multiple eight-counts.

They both just kept coming! I respect and admire both of them for that and they both pushed me to my limits. 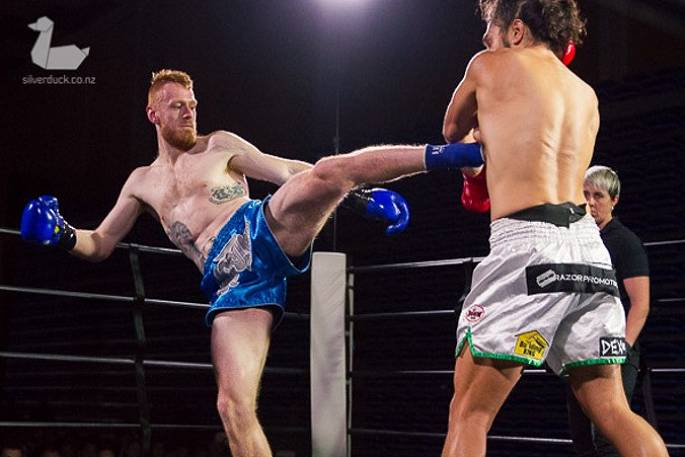 Any thoughts of stepping back into the ring again?

We'll see, I'm definitely keen to get back in there at some stage. For now, I'm going to enjoy the moment for a bit. I need to focus a bit more on my PHD as that deadline is creeping up on me.

One thing for sure is that I will be in the gym training for myself a bit more regularly than in the past few years. The love is definitely coming back and I forgot how good hitting pads is for my mental and physical health!

Thanks so much for your time, Angus. We hope to see you back in the square office ASAP!