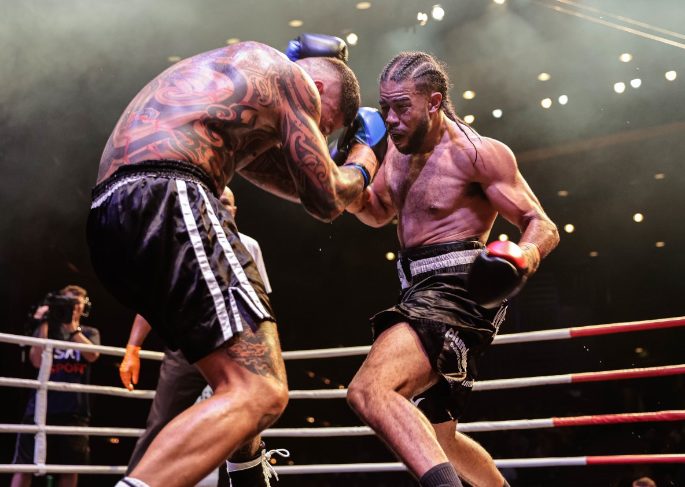 This Saturday night, Auckland boxing will shake off its ring rust and lace up its gloves when CTP Boxing opens its doors for Tāmaki Makaurau's first boxing event since the start of the Delta outbreak.

The event will feature a mix of pro and corporate bouts inside the ABA Stadium. It will be staged under red traffic light rules, but for rising star Jerome Pampellone who will fight twice on the night against Richie Feulufai and Jason Tuala, all that matters is that he is finally getting the chance to compete again.

"I am looking forward to it. I just got to take one fight at a time. It's not unknown I have done it as an amateur, but it will be a little bit different as a pro with the longer rounds [ amateur bouts are three rounds], but I am just looking forward to it, getting back in the ring."

The undefeated Pampellone is gearing up for his first New Zealand title fight in 2022.

The Isaac Peach-trained fighter takes on John Parker for the NZ Light Heavyweight crown early in the new year, so this weekend  will be an opportunity to get some much needed ring time before his title clash.

CTP Boxing's Craig Thomson, one of New Zealand boxing's most well-known promoters, is aware, after watching firsthand, just how talented Pampellone is and was pleased he was able to add him to his show.

"Yeah, always pleased to have Jerome [on the card]. He is such a cool guy, and I think, you know, he is on a trajectory towards some big fights in the future, so helping him stay busy is awesome."

The Pampellone fights are not the only pro bouts on the night, with reigning King in the Ring Super Heavyweight Champion David Tuitupou taking on local veteran Lui Te'o in a heavyweight clash.

The matchup will be the third time Tuitupou, who stands 206cm tall, has competed as a professional boxer.

"I think at this stage, it's a good test for David against a guy who has had a bit more boxing experience," Thomson says.

" I think potentially in 12, 18 months if everything goes well with events and his own boxing. He [Tuitupou] could be an interesting addition to the boxing scene."

Corporate fights will make up the rest of the night's action. But, for Thomson, who could only sell a limited amount of seating due to the current traffic light settings, the event is more about giving back to the sport he loves instead of chasing financial rewards.

" A lot of these [corporate] guys have been training for mental health and to have something to focus on. And if we could not do it, I would have felt like I have a sort of responsibility to get it across the line to make it a good night for these guys."

It has not been an easy few months for boxing promoters in Auckland, but hopefully, this weekend will help kick start the sport's return to the City of Sails.