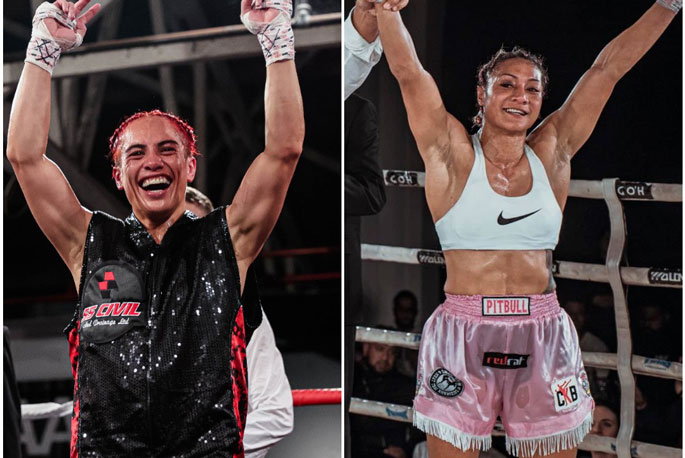 Mea Motu and Baby Nansen will make history later this year when they headline the first-ever professional boxing event at Eden Park, arguably the home of New Zealand sport.

The pair will face off in an eight-round bout for the vacant NZPBC Women's Super Featherweight title, jointly promoted by South Auckland's Glozier Boxing and Probellum; one of the newest players on the world boxing scene, led by former Golden Boy CEO Richard Schaefer.

Glozier Boxing and Probellum have signed a multi-year, multi-event deal set to transform New Zealand boxing by providing local fighters with the marketing and opportunities that come when competing under the banner of a global promotion.

It made sense then for Glozier Boxing's founder Bruce Glozier to usher in this new era with a must-see bout that would grab the attention of local fight fans.

"I see this as one of the biggest fights that we could put on here in New Zealand, male or female, " Glozier says.

"You've got probably one of the hottest prospects in boxing, Mea Motu, versus Baby Nansen, who's got a huge name in the fight scene. She's kind of regarded as the queen of the fight game here in New Zealand. So I see this as whoever wins this fight will go on to, possibly, fight for a world title."

Motu burst onto the scene in 2020, impressing fans and critics with her explosive style, and is currently the reigning NZ Superlight & Lightweight champion.

On Feb 12, the undefeated Peach Boxing fighter will challenge for her third strap when she faces Ayisha Abied for the vacant NZPBC Women's Featherweight title.

Nansen, a decorated veteran, is one of New Zealand's most experienced female fighters, having competed as a boxer, kickboxer, and mixed martial artist.

Fighting out of City Kickboxing, Nansen has shared the ring with some of the top fighters in women's boxing, including unified super featherweight champion Mikaela Mayer. Her most recent outing inside the squared circle was a stoppage victory over Karen Te Ruki Pasene.

The pairing of Motu and Nansen will attract attention both here and abroad, and Probellum's promotional power will ensure the fighters get the exposure they deserve.

New Zealand's current red light restrictions mean that the exact date of the clash is yet to be determined, but Glozier hopes to announce it shortly and is excited about what the future holds.

"The partnership with Probellum is going to put New Zealand boxing on the map, globally. It's going to really help with grassroots boxing, these up-and-coming fighters people probably wouldn't have heard about, but with the partnership, there will be a pathway for them."

The undercard of the main event will also feature some of New Zealand's top prospects, with the likes of Viliami Liavaa and Titi Motusaga set to compete.

Glozier will be releasing further details about the event in the coming weeks.