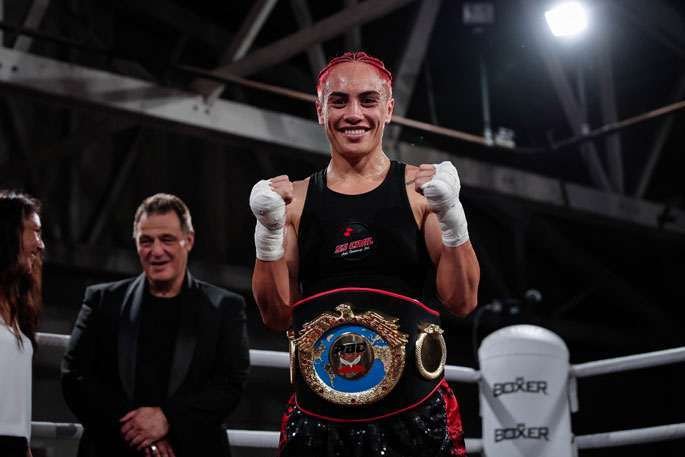 The 32-year-old's first-round stoppage victory over Ayisha Abied last week, saw Motu claim the vacant NZPBC featherweight title, which will now sit alongside her super lightweight and lightweight belts on top of her trophy cabinet.

"It feels amazing that I have done it, and I just want to keep going, " Motu says, following her emphatic victory.

The pair were facing off against each other for the third time in their careers, with Motu winning both previous bouts via unanimous decision.

However, Motu, who fights out of West Auckland's Peach Boxing, showed exactly why Women's Fight News nominated her for their 2021 Prospect of the Year award by stunning Abied early on with a blistering combination, before dropping her with a thundering body shot. 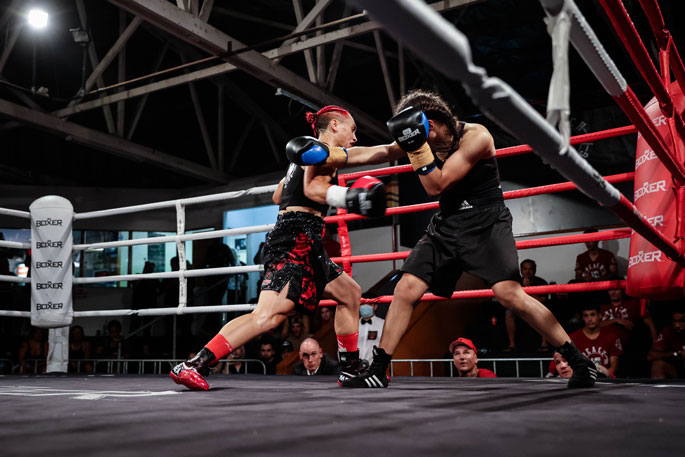 Abied beat the count, but when the action resumed, Motu quickly landed the finishing shots, forcing the referee to step in and wave the contest off.

"She's very determined. A strong, kind, caring person, she really loves the sport. She was the only one that was willing to step up and fight me. She's definitely strong, and she's got talent," Motu says about Abied in her post-fight interview.

"We had a really weird camp; we had injuries; we had issues through the camp, and the fact she got over those and did what she did today, we kind of learned a lot about what we do. I think we went up another level because of that. She was exceptionally good."

Motu will now set her sights on her upcoming clash with Baby Nansen, to be held at Eden Park. The date is yet to be confirmed, but the NZPBC super featherweight title will be on the line, and the fight will headline the event, jointly promoted by South Auckland's Glozier Boxing and Probellum.

It will be the first event between Glozier Boxing and Probellum, with the two companies signing a multi-fight, multi-year agreement. Headed up by former Golden Boy CEO Richard Schaefer, Probellum is the newest player on the world boxing scene with strong links to the UK market. The company's involvement will ensure the event gets overseas exposure.

It presents an exciting opportunity for Motu, who is keen to showcase her skills on the world stage.

"I know I'm ready, and I'm ready to go overseas, ready to fight for the titles."